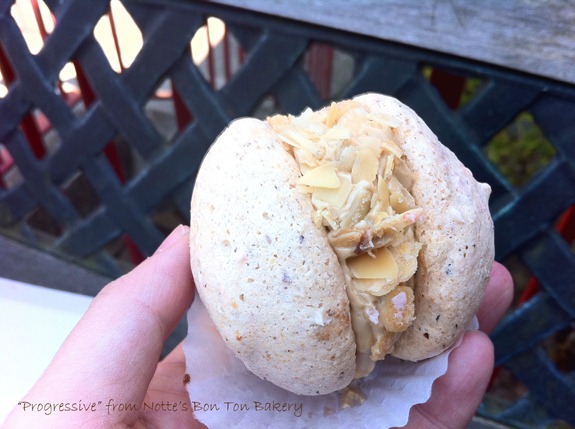 “The Progressive”, from Notte’s Bon Ton Bakery in Kitsilano.

I succumbed to the sugary nutty confection that rationalized extra caloric GF bliss.  Two shells made of meringue and ground almonds sandwiched a coffee buttercream which was decorated with sliced almonds.  Wow.  Sugar rush!  It was so good.  Very much like an obscenely obese macaron without feet.

You see, Bebe and I were just “window shopping” that day while waiting for Bib as she attended her gymnastics summer session nearby.  Bib recently was picked to be part of a competitive team and each day’s session is 2 hours in length.  That’s pretty long for a 4 year old.  However, she maintains focus because she’s having fun it seems.   Meanwhile, Bebe is bored stiff waiting with me and doesn’t feel like doing the Math workbooks I brought.  So we trekked the two blocks North to W. Broadway for a walk.  The little drag we visit is full of great shops.  There are a few antique stores featuring French decor and knick knacks that I always like to visit.  There are a few dollar stores, and tons of eateries.

I was introducing Bebe to the term “window shopping”; indicating that sometimes you just want to stroll around and look at things and not buy…filing away in your memory something novel or nice that you would like to purchase another day.  It was like a research mission.  She got that.  She was totally into this “not buying yet or ever” thing and her attitude wasn’t of a whiny 8 year old who nags her mother and drags her feet over some coveted toy or something.  Well, Bebe never was like that ever anyway, but I’ve seen this demonstration many a time in stores from other kids. 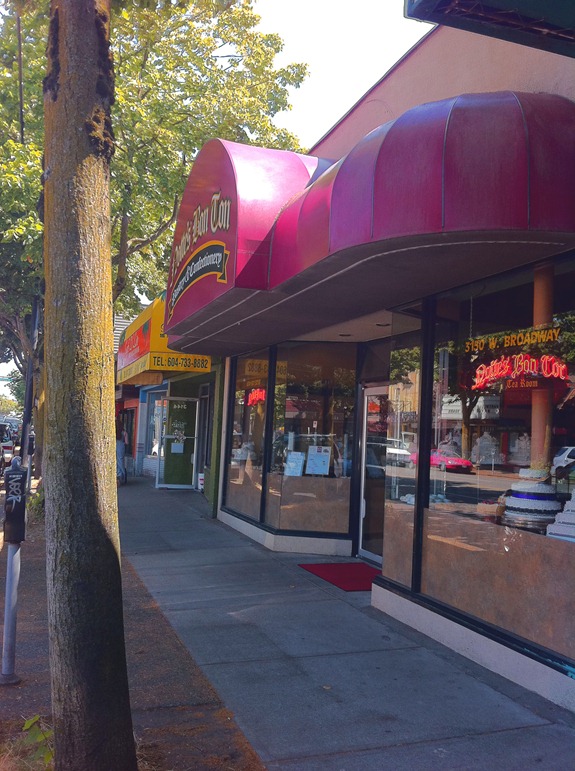 Then we arrived at Notte’s Bon Ton Bakery.  You may recall the Diplomat birthday cake I wrote about a while ago?  No?  Ah, it is a signature cake from Notte's.

We peered through the windows at the beautiful dainty cakes.  The smell of sugar and nuts and all things sweet wafted through the air. 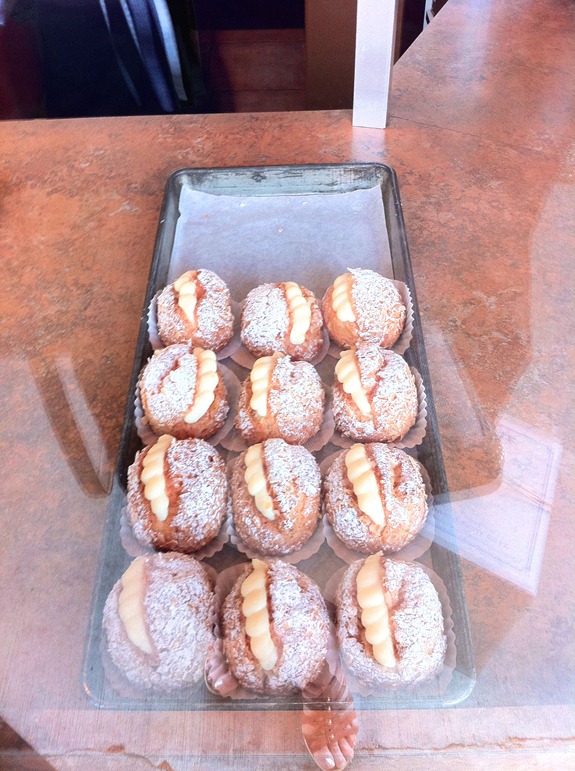 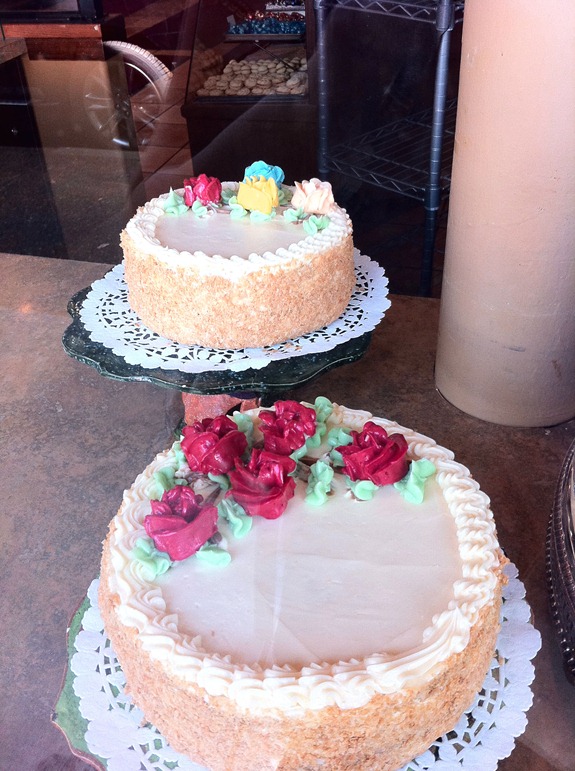 We gawked at the Diplomat Cake that we recalled from our previous birthday experience. 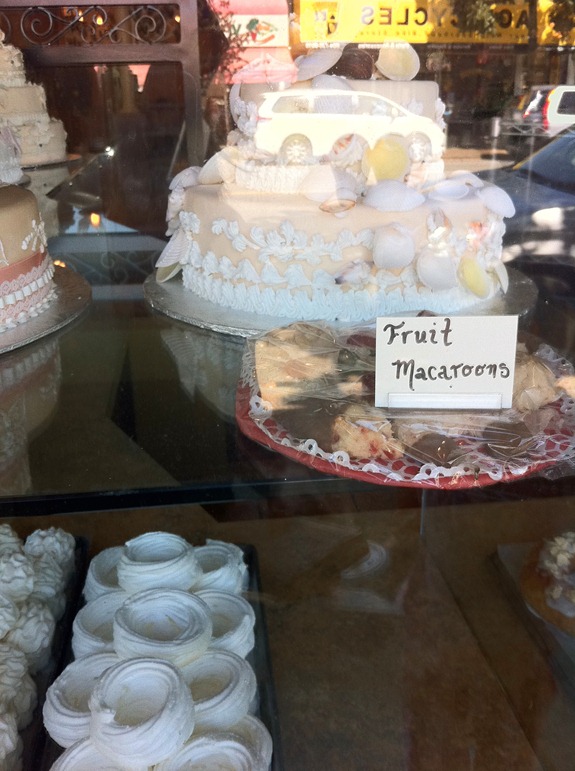 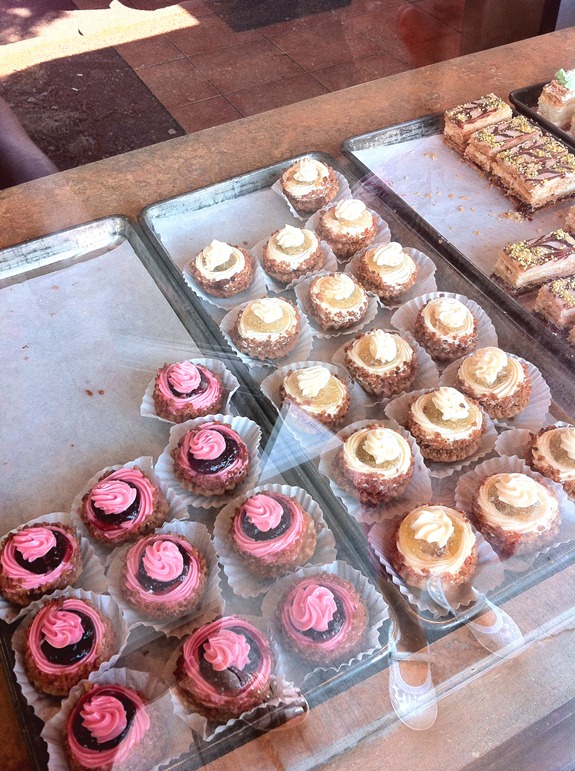 “Look Mommy!” she gasped as she pointed to the pink buttercream swirling the tiny cakes. 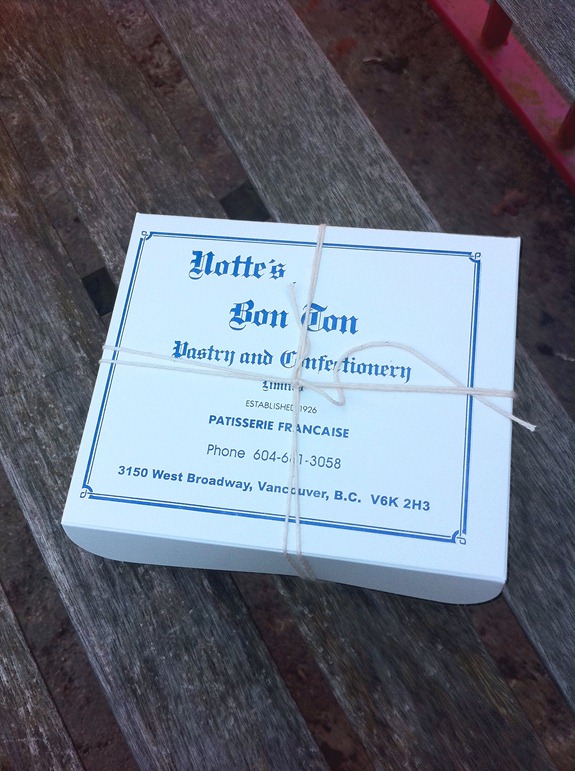 Before you knew it, we had breezed into the store and the window shopping experience turned into the foot-dragging-what-do-I-want-to-buy-right-now experience.  I said that we could buy one little cake each for a treat after Bib’s gymnastics class…so make it a good choice. 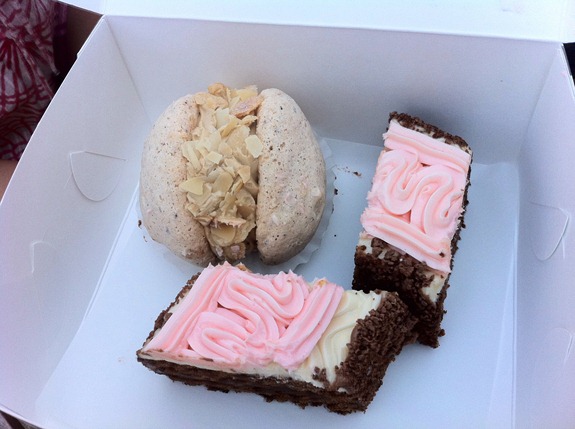 To alleviate my guilt, I chose the Progressive because it was GF (I imagine!) and Bebe chose one of only a handful of little cakes that seemed to be nut-less.  She isn’t allergic to nuts, but doesn’t like them.  Bib on the other hand has tested allergic to them.   She chose the Chocolate Devil because of the pink on chocolate brown.  I would have done the same at her age I guess.   Or ordered the mini Diplomat cakes.

We ate our pieces on a wooden bench outside in the sunny Vancouver weather.  When Bib ate her piece later, she interestingly didn’t eat the buttercream (as usual) even though it was pink; but she ate all the cake instead.  She liked the cake.   I now wonder how I could possibly restrain myself from making these visits a regular habit every time we take Bib to gymnastics classes.