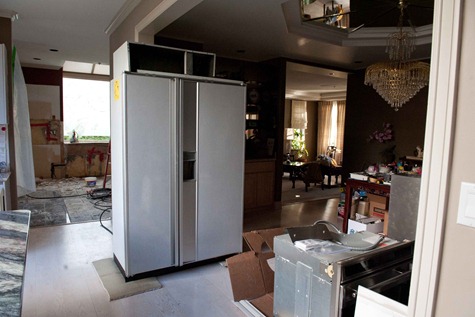 A view from my dining area into the kitchen.


Note the refrigerator has been dragged into the room.  This is a good thing.  Otherwise we wouldn’t be able to eat much!   In the foreground to the right are the appliances that we’re saving to install in the new kitchen. 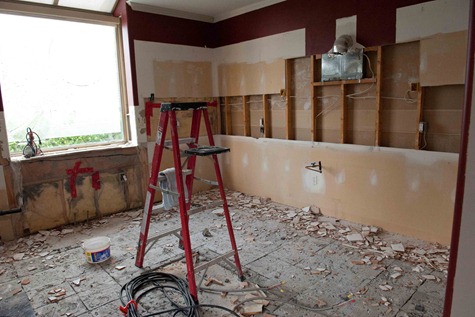 Almost all the granite tiles have been removed. 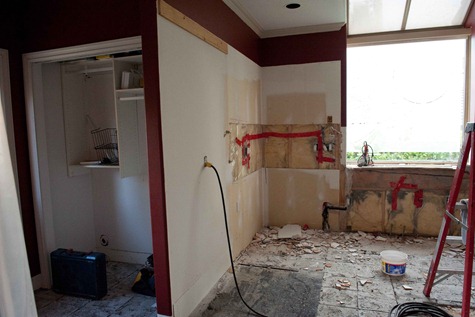 The area around the sink (under the window) was mouldy from the leaking faucet and so the drywall is going to be replaced. 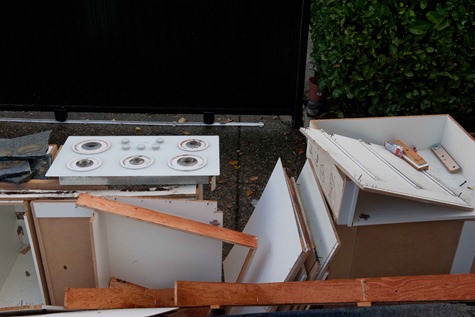 The cupboards and kitchen parts are all sitting outside waiting to be picked up and carted off. 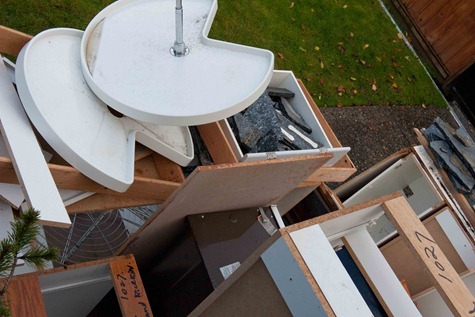 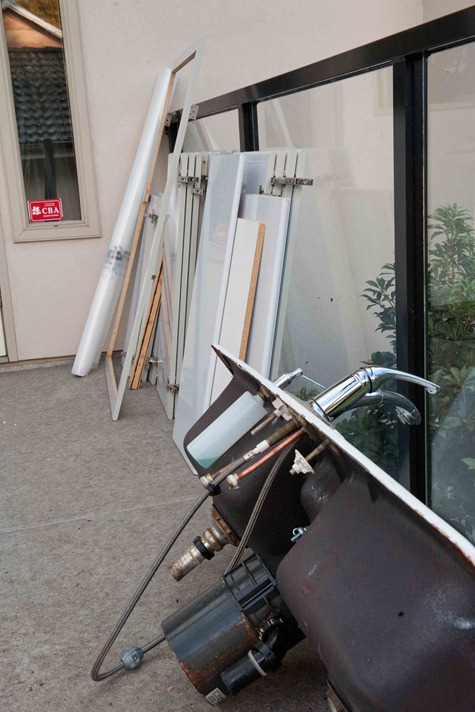 Here’s the sink from hell sitting on my deck.  It’s cast iron and bloody heavy.  The faucet is useless…it was leaking for the last half year and would have cost us a bundle to fix and/ or replace anyway.  I am so glad to get rid of this behemoth.  I don’t recommend the 3 bowl sinks with the  tiny useless triangular bowl in the middle.  Whoever thought up this idea doesn’t cook much.  Because the faucet is centred in the middle above the shallow tiny middle bowl (where the garburator is located), often the faucet doesn’t reach far enough to the bigger bowls.  If you have a pull-out head, you have to drag out the faucet head every time you want to wash something in the bigger bowls and as a result there’s wear and tear on the hose.  We’ve had to replace a leaking hose a few times already.  I believe this is the third faucet for the lifespan of this particular sink. 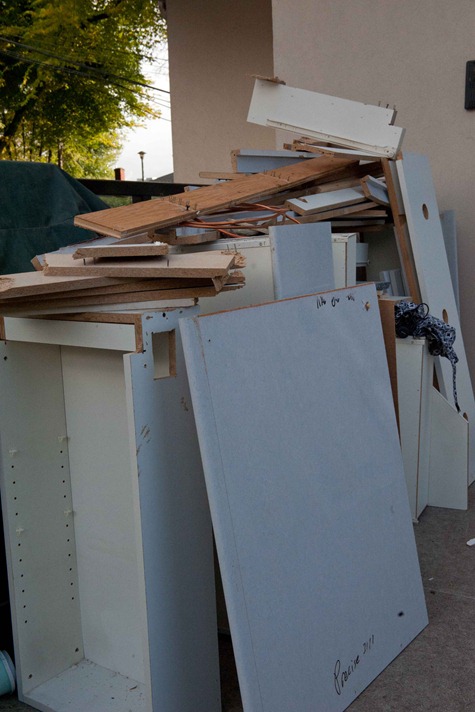