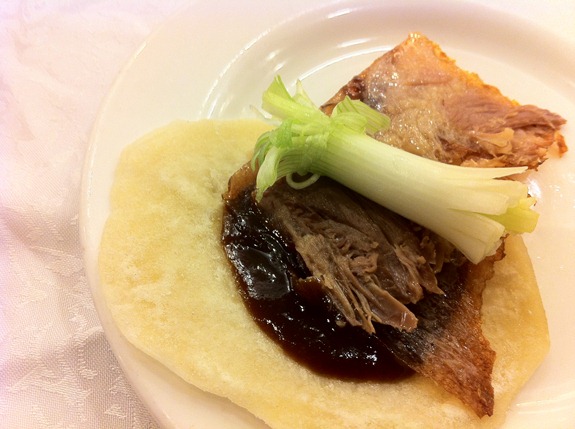 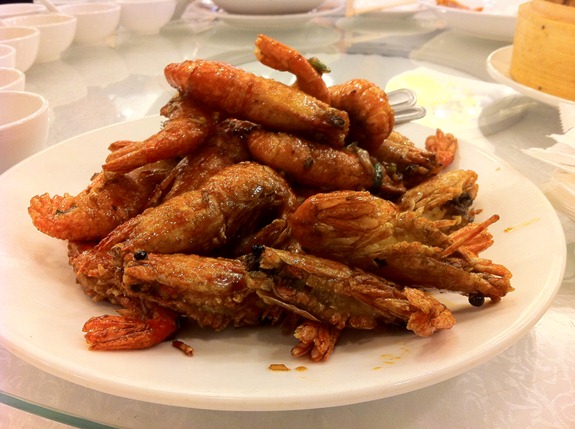 Oh my.  Do you notice how some of those have roe in them? eek.  I know it’s good but I never eat the roe.  For those of you who love shrimp roe, I’ll bet you’d be all over this dish.  The prawns were perfect.  Fresh.  Lovely.  You suck on the shells to get every last drop of goodness. 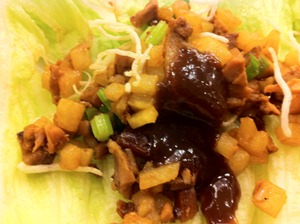 The second part of the Peking Duck is served as Lettuce Wrap.  Rating:  5/6 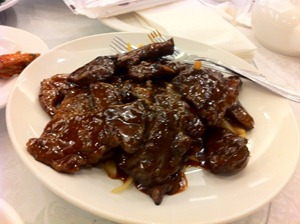 Tenderloin beef.  Wasn’t too tender unfortunately.  Also, the meat had a weird flavour…possibly from too much baking soda?  Rating:  3/6 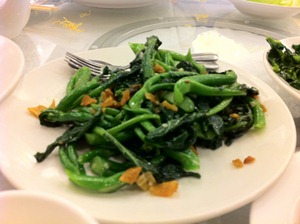 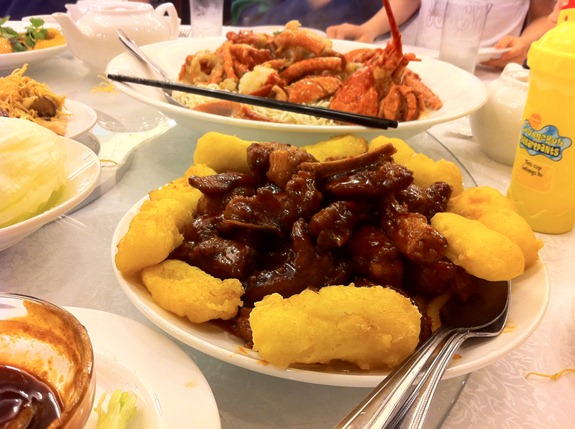 Chingdu Pork Spareribs with Deepfried Milk.  Rating:  the spareribs were a 4/6 because they were chewy but the deep fried milk was a 6/6. 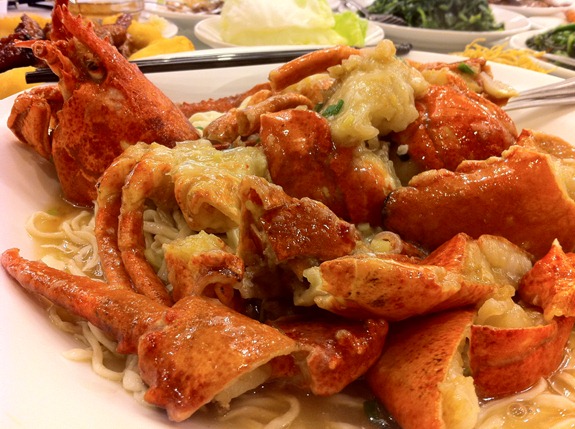 Lobster in Superior Broth over Yee Mein.  It looks so good.  Too bad the broth was insipid and lacked lobster flavour and any depth.  Despite plenty of lobster, I didn’t really touch much of the dish as it was boring.  The lobster flavour seemed watered down by all the broth it was swimming in.   Rating:   4/6

If I had been ordering, it would have been in the Cream Sauce or Ginger and Green Onion sauce.  I hate Superior Broth.  You can really tell if a kitchen has good stock by ordering the Superior Broth Lobster, but let’s face it…why waste a good lobster on the chance it doesn’t?

Though we had dinner here, we snagged a lunch menu to look at.  Here it is below.  I haven’t been here for dim sum yet.  Don’t know if I will ever because it’s kind of out of the way. 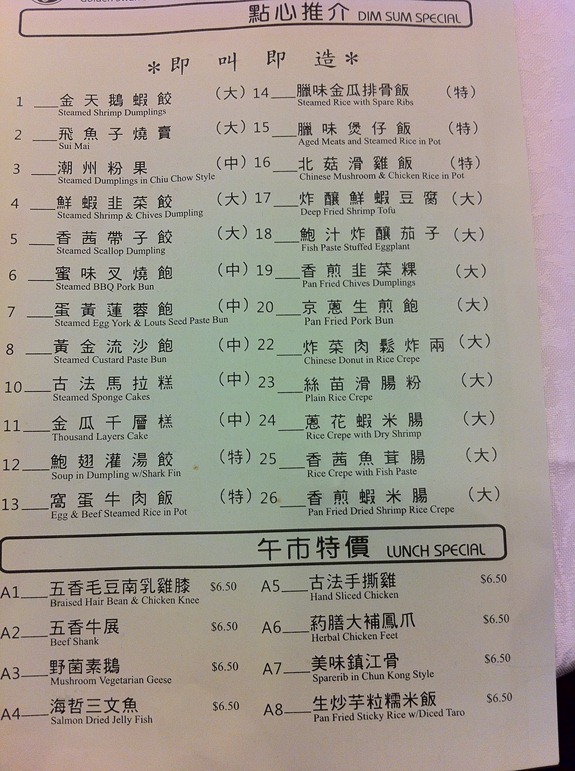 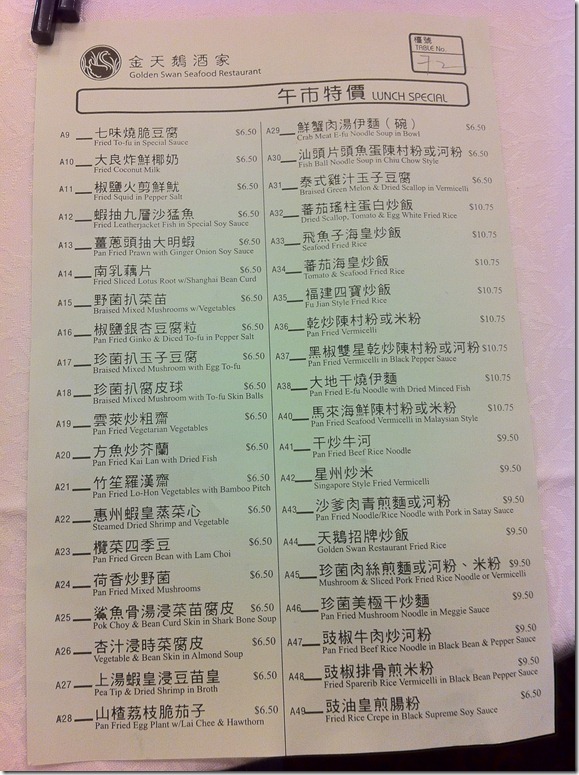 This restaurant was busy.  There were plenty of huge tables.  I think this may be because of the dinner specials for large groups.  They have a special menu for large groups…which I didn’t grab a pic of.

For dinner, there were some hits and quite a few misses.  I was particularly disappointed with the lobster dish.  The service was lacking but not without trying.  The waitress we had seemed harried.  It seemed to be extremely understaffed for a full house.  All the huge tables required high-maintenance changing of bone and shell-laden plates for clean plates.    With all the tables requiring this, it is no wonder things get hairy.

Considering the competition out there, I probably won't be back for dinner.  This may be a good family restaurant if you know what to order but it's a risk if you're ordering for the first time.

There are a few parking spots out front in the plaza (good luck!) and some street parking along the streets nearby.