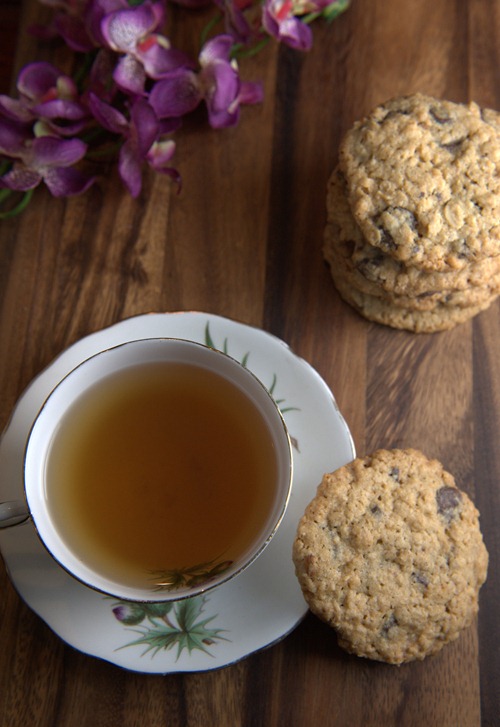 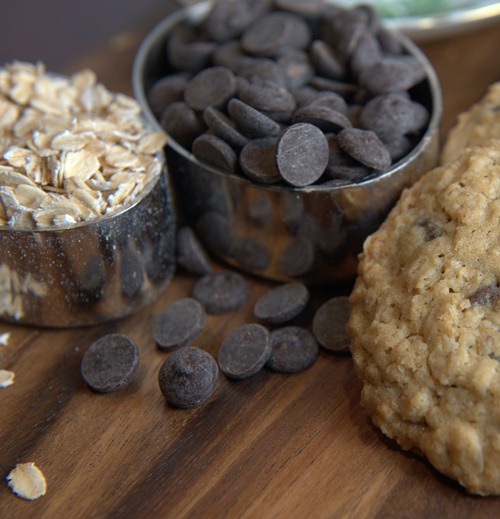 Sometimes you just need to bake a batch of cookies.

Today was such an occasion.  Bebe is 7 years old (almost 8!) and still has all her baby teeth in her mouth.   Her little baby teeth are hanging on like the dickens and two new teeth have come in on the bottom behind the baby ones but the little buggers are hanging on for dear life.  When she opens her mouth she looks like a fish…the two front bottom baby teeth are all wonky looking as they jut forward and the permanent teeth are peeking out behind them.  The effect is not unlike looking into a  shark’s mouth. 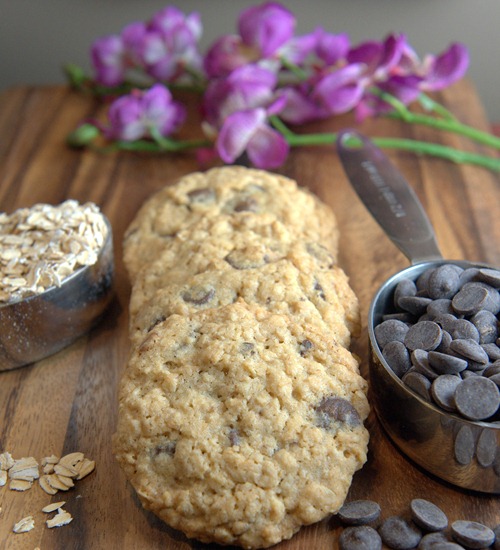 Though the thought of the tooth fairy coming is enticing, Bebe is not inclined to yank her loose teeth out.  One of them is so loose the tooth can flex forward almost horizontally.  The dentist had said this is quite common and to encourage her to wiggle it for 10 minutes every day.  We did that, but I have a feeling she isn’t putting too much energy into the wiggling.  When she eats, she manoeuvres food to the sides to bite and when I brush her teeth with the Oral B, she moves her mouth around so that I don’t end up brushing the bottom ones too long.  I make it a point to brush those loose teeth as well as I can as well as those new permanent ones erupting, but for some reason, they’re still stuck really good!

Two weeks ago, Stomach decided that we had waited long enough.  In the background, my mother was vocally reminiscing about the good ol’ days when parents would tie a string to the child’s loose tooth and the other end to a doorknob…you can guess what happened next! or giving a candy apple or corn on the cob to the child to eat.   There were anecdotes about pliers that I won't divulge at this minute...

These are the same stories she threatened me with when I was young and they didn’t make my teeth come out any sooner nor did they reassure me.  I think she was merely entertaining herself by scaring the heck out of me.  I do recall vivid dreams about losing my teeth and having them all fall out in my mouth.  I also remember nightmares of swallowing my teeth.   I wonder if her stories had anything to do with the dreams.  Well, though I myself was reluctant to “help” pull out Bebe’s loose tooth, my husband sure was game for it.  He fetched a small towel and thought that he could grab it and pull it out.

Boy was he wrong. 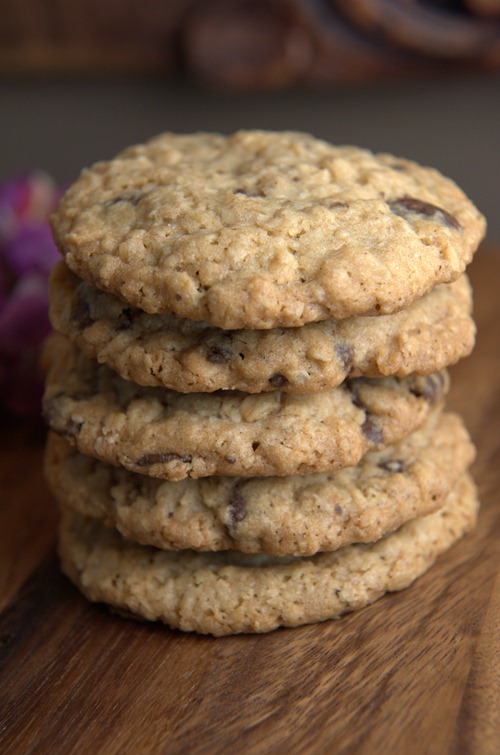 After 2 unsuccessful attempts and lots of struggling and whining from Bebe, he gave up and said it was stuck in there really good.   That is until today, when Bebe showed us just how loose the tooth had gotten.  She could flex it all the way down!  Surely that’s loose enough to pull out he thought.

Again, with the small towel, he tried to grab the little tooth.  “It’s hard to grasp!” he muttered.  Meanwhile, Bebe was contorting and trying to cover her mouth.  She was so not into this scenario.  A little drop of blood oozed out and she started to cry.  The little tooth held fast.   He gave up.

I felt bad for her.  I told him to stop trying and just let it fall out.  I mean geez, there really isn’t any need to traumatize her!    She knows she’s the last kid in her Grade 2 class to lose a tooth.  Everyone else, including kids way younger than her, have lost at least one tooth and some have lost way more…8!   So, how does mommy make the owie and tears go away? A freshly baked batch of Oatmeal Chocolate Chip Cookies!  It took me about 25 minutes from mixing bowl to her plate.  The episode was soon forgotten and even Stomach had a small piece of one of the cookies.  As you know Stomach doesn’t eat any sweets and ironically all my baking is left untouched by him because he doesn’t like desserts at all.  He’s a weird one but he maintains that in a household with all this baking, it’s the only way he can keep his boyish figure.  Yeah right.  I think he’s a freak of nature.  I mean, who doesn’t like dessert? 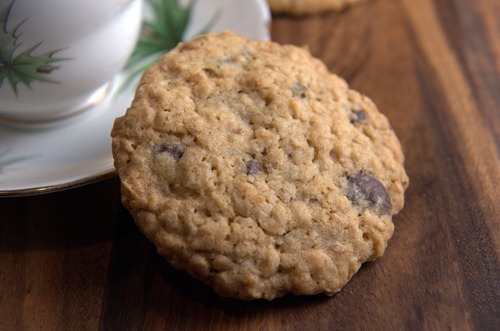 Bebe had 2 hot-out-of-the-oven cookies before getting ready for bed.  I brushed her teeth and lingered with the brush over that little loose tooth and she shot me a look.    I let it go.  It is quite like a huge zit begging to be popped.   I guess you just have to leave it alone but it’s so hard not to poke and prod it!

I made myself a piping hot cup of my new favourite tea:  Longan and Ginger.  You get dehydrated seedless longans (they’re like lychees), fresh slices of ginger and water and bring it to a boil; simmering it in a saucepan for 20 minutes.  You can add sweeteners like cane sugar, a simple syrup, Stevia, honey or agave nectar to taste.  It’s more authentic with the unprocessed cane sugar bricks that I like to make into a simple syrup.  It’s so gingery hot and goes down really well if you have a dry throat.  After the kiddies were in bed, I had this tea with a cookie and thought it was a divine combination:  chocolate, ginger, nutty oatmeal and that feel-good warmth you get from making someone feel better with a cookie. 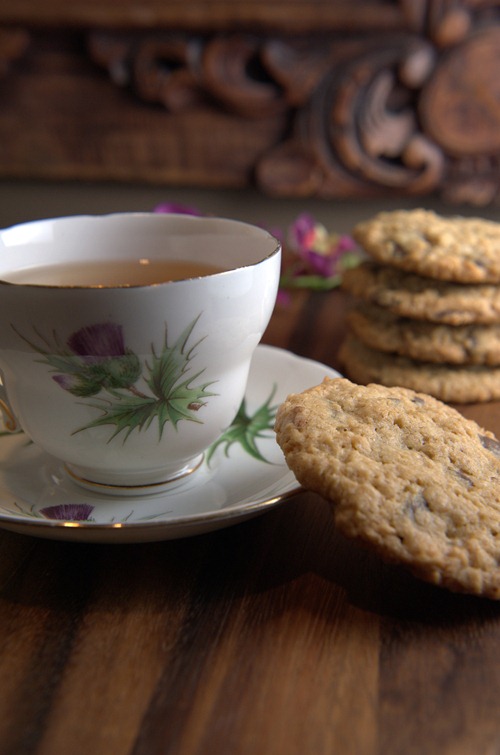 aw your poor girl! i am skitterish about my mouth too, and had to close it while i was reading your story! i'm sure they'll come out soon, at least the permanent teeth are growing in properly. cookies seem like a good solution :)

I'm so in the mood for cookies, not so much for pulling teeth.

I shared your link on my Friday Favorites.

Haha very cute story about Bebe's stubborn tooth, really reminds me of my own ;) Love these oatmeal cookies and 25 minutes is extra bonus to make these lovelies :)

Hahha I can't help but laugh at the tooth removal efforts. The cookies look awesome, an awesome consolatory prize :)