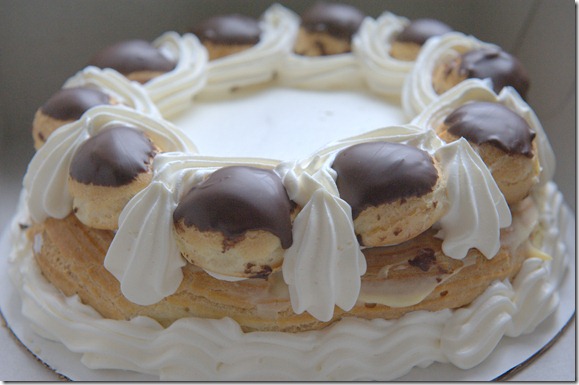 One of my favourite cakes:  Gateau St. Honoré 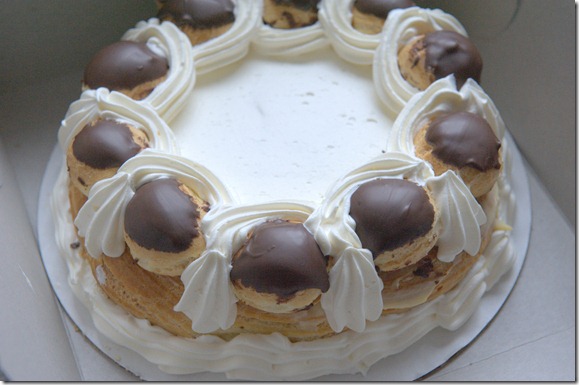 With puff pastry, choux, bavarian cream, sponge cake, whipped cream and chocolate, how can you go wrong?  As I was heading to lunch (not worthy of reviewing) on Victoria Drive near 41st, the little bakery beckoned me with its refrigerated display near the window:   3-shelves were fully loaded with Gateau St. Honoré.  Aha.  This has to be a winner of a bakery to have so many made on a Saturday morning. 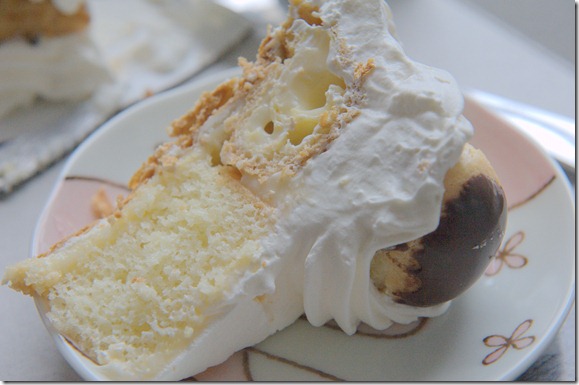 I chose the smallest cake, that serves 10, (priced at $15 and some change).  I didn’t think it an unreasonable price to pay for such a large cake with so many components. 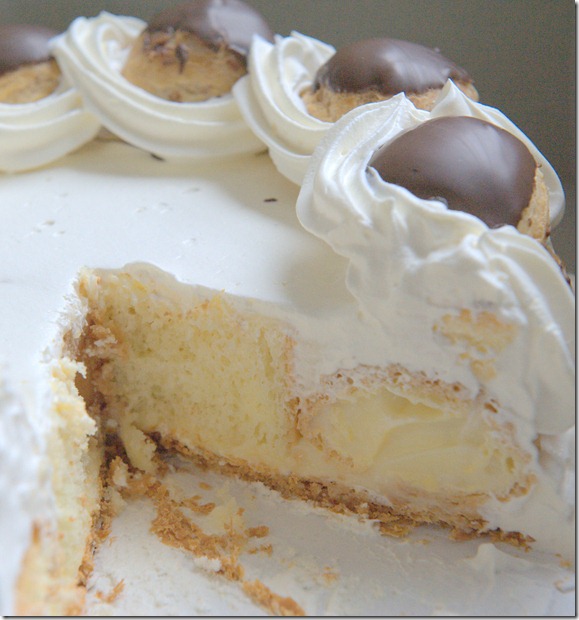 This St. Honoré was delicious.  It was actually quite light as it was topped with whipped cream rather than buttercream.  The choux puff was nice—filled with pastry cream and the sponge was not too dry.  My favourite part of the cake is always the puff pastry base.  It’s flaky and a perfect textural complement to the rest of the elements of the cake. 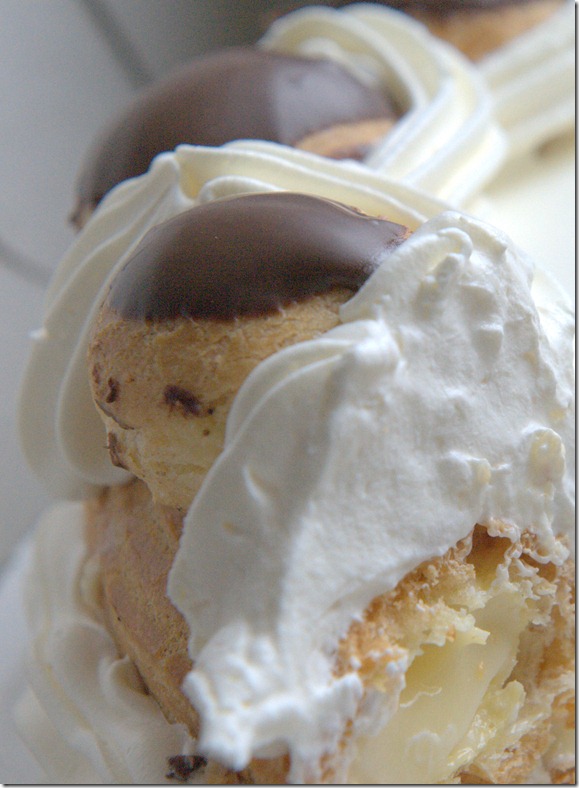 If you love cream puffs, you’ll love this cake!  One puff per person! no sharing! 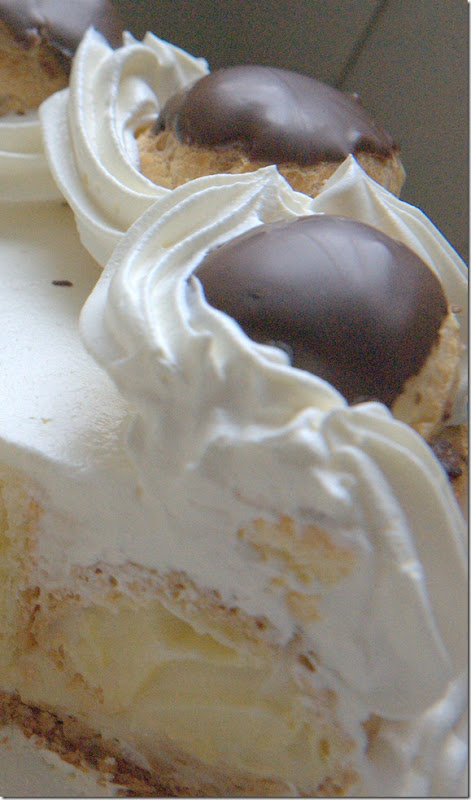 Though the store front is not so enticing…kind of on the drab side… Bon Bon Bakery produces cakes that are just as yummy as higher end bakeries on the West side.  But at a more economical price.  I loved seeing the little pastries and the miniature cakes that a bakery of a similar name--Bon Ton Bakery on the West side also sells.  Such close names.  How interesting.  I wonder what that’s about?  Anyway, Bon Bon on Victoria says on its site that it’s been in operation for 40 years and I have noticed it for a while there but just never felt compelled to walk in.  Until those St. Honoré told me to!    I’ll have to check out the other goods next time.  They also sell the Diplomat, which I’ll have to compare to my favourite version.

What an amazing looking gateau. I have wanted to try this, or perhaps make it, for a few months now. Choux pastry with cream or custard inside is one of my favourite food pleasures. I think I would really love this cake like you do. And definitely 1 puff per person - no sharing here :)

This looks amazing!! I cant believe all the delicious things that go into it, would love to try a piece!

geezy creezy this cake would totally blow my husband's mind! not to mention mine. it looks really, really wonderful. thanks for the great idea!

The gateau St. Honore at BonBon's is one of my absolute favourite, especially for that price range. Other places that I love to go for the gateau St. Honore is Calabria bakery (on the other side of vic. drive), fratelli's on commercial and Sweet Obsession.

I'm going to have to go to BonBon this weekend now!

Oh wow that looks awesome. I really need to make this soon, it looks that good!