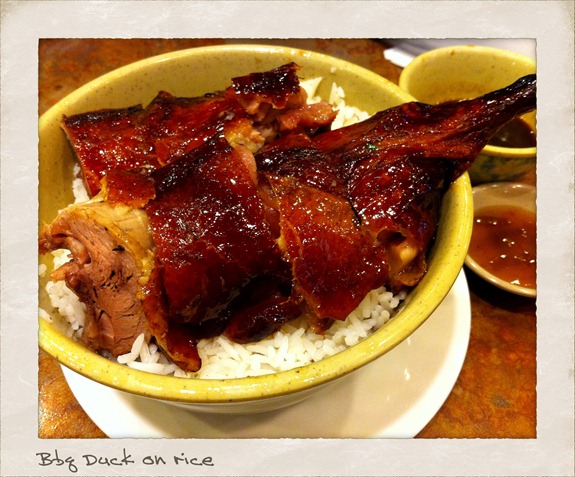 This big ol’ bowl of BBQ Duck on Rice is the only reason I go to No. 9 Restaurant, located in Lansdowne Mall, Richmond.

The restaurant in open 24 hours, every day of the week.  I know that if I ever have a craving for BBQ Duck, that I could fill up here!

The BBQ Duck is served with plum sauce and a small bowl (not a little soy sauce bowl) full of the duck gravy.  It’s like the soy-based duck juices all combined and you pour it all over your rice.  OMG.  No. 9 is the only restaurant I know that gives you a whole bowl full to go with your order of rice. 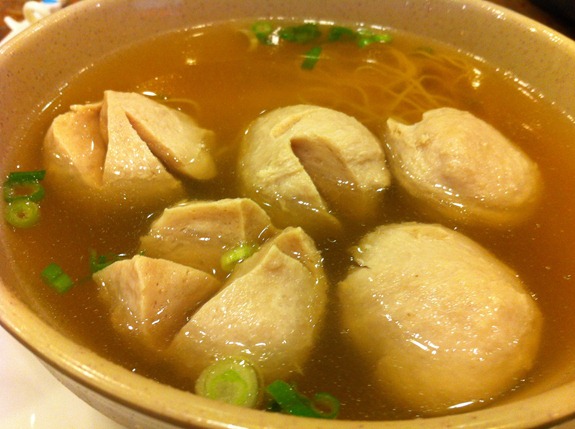 We rarely ever order any dish here (other than the BBQ Duck) that overwhelmingly impresses us.  The food is filling and the portions are pretty big. However, you also pay a higher price for the bigger portions.
The best deal is still the BBQ Duck on Rice. 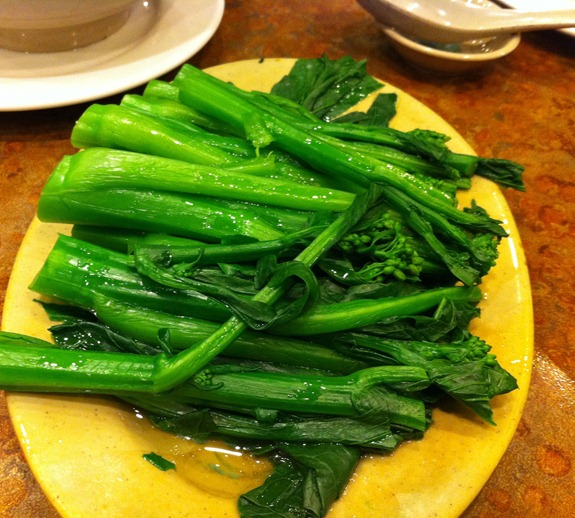 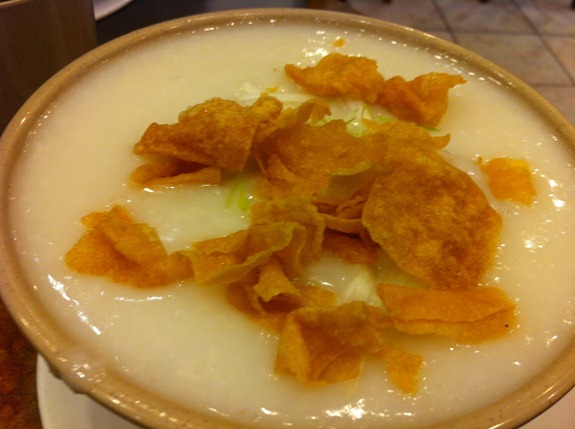 If you're going to come here, order the BBQ Duck on rice.  If you like Chinese soups, order the soup of the day.  They give you a heaping big pile of stuff that they fish out of the soup and serve alongside the soup along with a soy dip for all the soup bones.  It's a meal in itself.  Their food is consistently average.  Nothing fancy, but satisfactory.

Only been there a few times but I must say, even with their slightly higher-than-average prices, they provide a good deal. I had a humongous order of tonkatsu on rice once, two pieces wherein each piece was about the size of 1/2 the plate. But the ambiance and service can be a hit & miss.

@LotusRapper,
On a most recent visit, I detected the size of the duck wasn't as large as previously. Perhaps they have a new supplier for the ducks or they are choosing to roast smaller ducks? dunno, but the duck was the best thing they had going. It would be a shame if they lowered their standards. Yes, it is definitely a good deal with the huge portions. The ambience to me is much like Congee Noodle House! You don't expect it from places like this because it's the norm! I like Congee Noodle House bbq duck too. I'm on a duck quest! :)

Maybe to add to your duck quest, try Red Star (S. Granville or Richmond Centre) Seafood Restaurant. Their BBQ duck is beak and neck above the others:

But HK BBQ Master's (under Superstore, #3 Road) BBQ duck is perhaps a very close second, and if you factor in their lower prices, they may be a winner on a value basis.

@LotusRapper,
We used to eat at Red Star all the time (Stomach's mom thought it was fabulous). However, we've noticed a significant decline in the quality of the food and it's so $$$! Stomach also thinks the portions are way too small for the $$$ and he also feels there's too much MSG in the food. So he's loathe to go there. I didn't mind the duck there and I have also loved the duck at the place kitty corner to J.O. secondary. What's the name of it again? But haven't been in over a year.
Yes, we've bought bbq at HK BBQ Master's and also from the one at Parker Place. I think they're okay. I like my duck super meaty and there had better not be any pin feathers stuck in the skin! Skinny ducks are my pet peeve.

Place kitty corner to J.O. is Koon Bo. Funny, I never ordered BBQ duck there, so maybe I should next time !

Yes meaty duck is where it's at, nothing worse than bony duck.