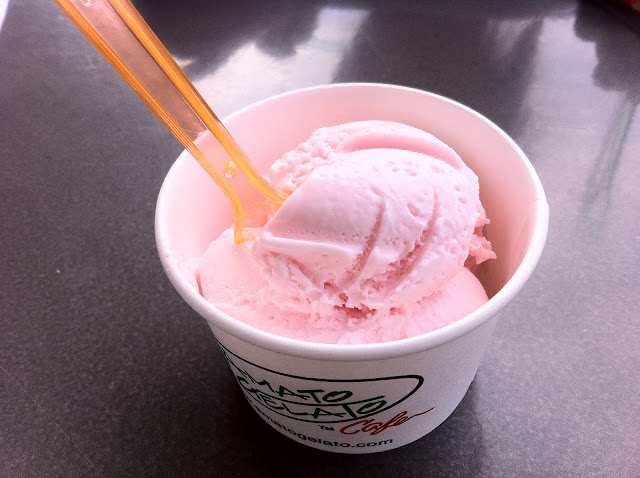 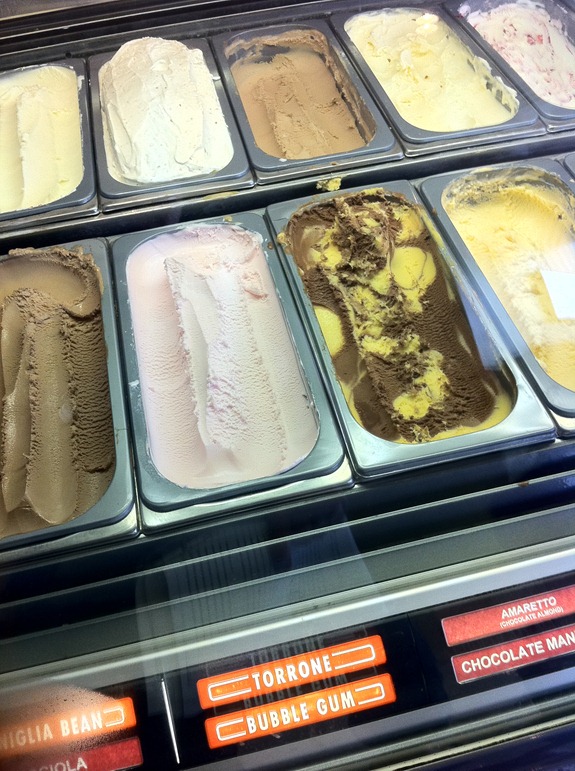 With so many different flavours at Amato Gelato, you’d think my daughters would order something exciting. 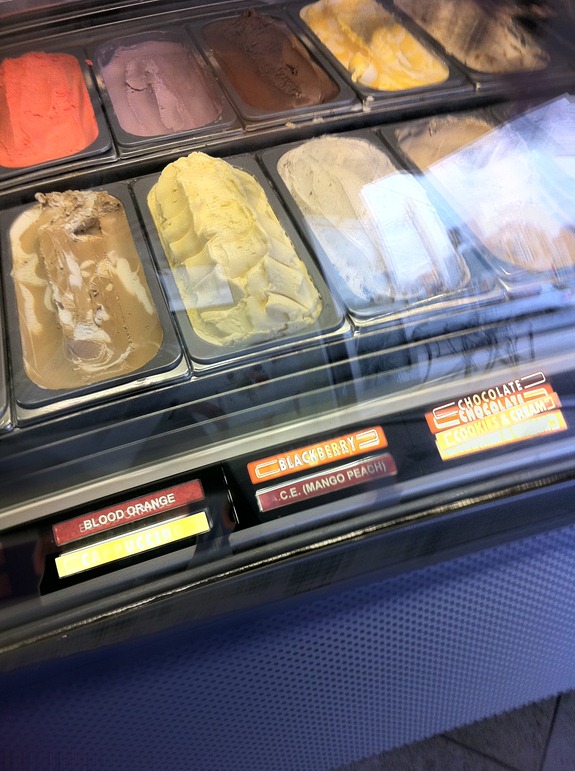 The gelato at Amato Gelato is more limited in selection than that of International on Venables,  but I think the flavours Amato has are more popular. 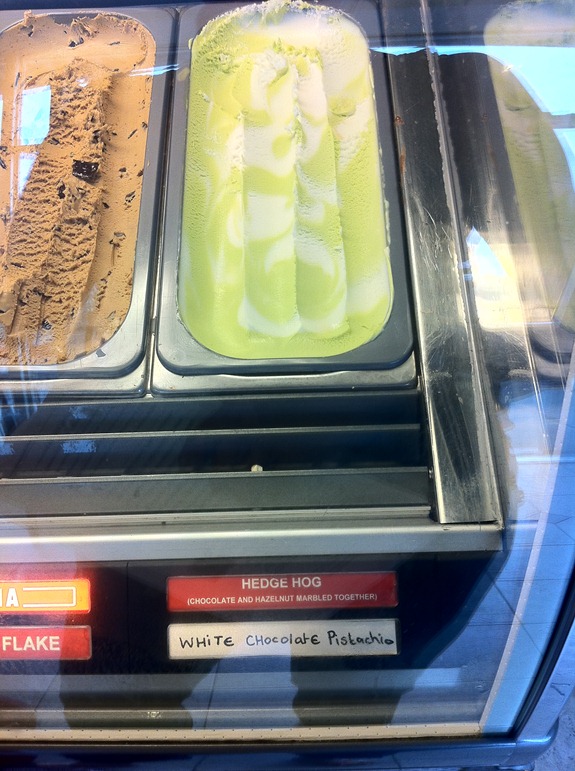 The White Chocolate Pistachio was speaking to me. 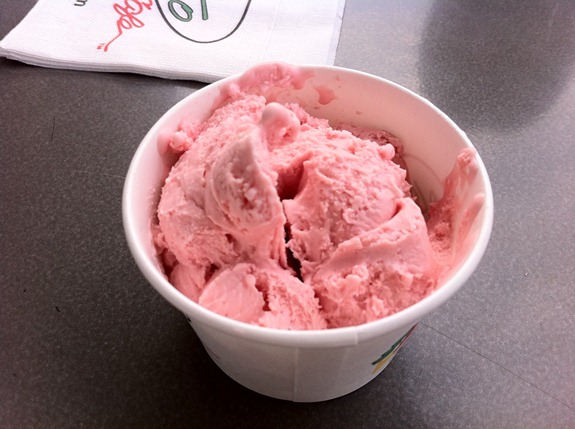 The problem with having two daughters is that everything they want is pink.  Pink clothing, pink accessories and practically anything else that comes in pink.  Unfortunately, this also translates into pink food. 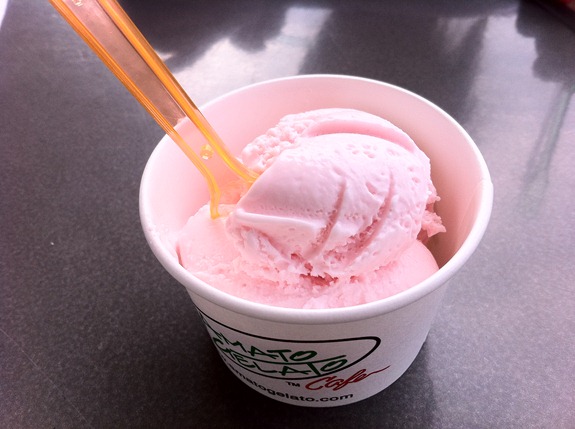 Bubble Gum Gelato.  This gelato was a light pink colour and had really intense bubble gum flavour.  Bebe ate half of it and then felt overcome by the gelato and couldn’t eat anymore.  Stomach finished it and remarked that it was very “bubble-gum-ish”.  He surprisingly liked it.  I don’t think it helped Bebe that Stomach said it tasted like her bubble gum flavoured Disney Princess toothpaste.  haha. 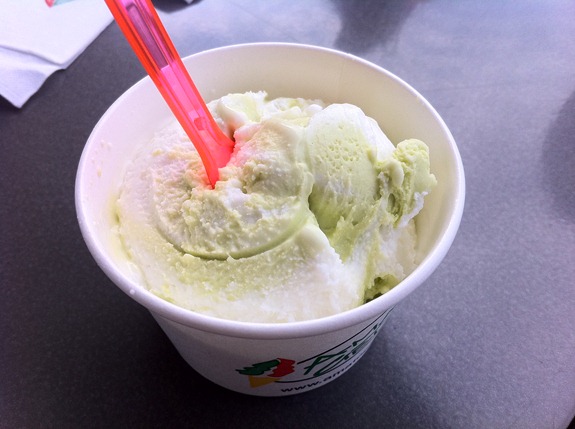 My White Chocolate Pistachio gelato was exactly what I wanted.  There were no icky lumps and bumps of pistachio…just pistachio flavour and a very serene light green colour swirled with the white chocolate.  It was smooth and lovely.

My favourite flavours at Mario's Gelati are:  Black Sesame and Green Tea.  I particularly like the single portion desserts that they distribute to local restaurants:  the green tea ice cream slices, the hedgehog and bacio nero, the tartufo and the gorgeous lemon sorbetto in the natural lemon shell. You can take a look at the individual desserts HERE.


For some reason, I have always called this Mario's Gelati.  I didn't realize it was called "Amato Gelato Cafe" until I looked it up to post it on Urbanspoon.  The link leads to a page that calls itself "Mario's Gelati" though...so I'm not totally wrong. 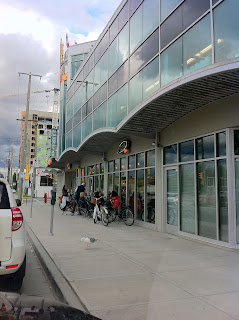