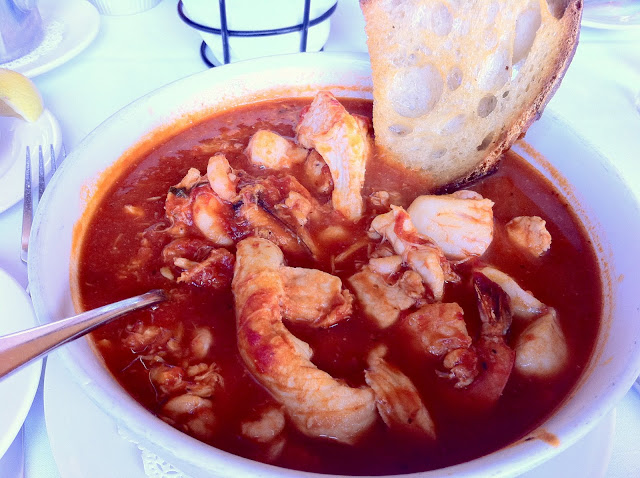 "Lazy Man's" Cioppino, Scoma's in San Francisco
A slideshow of the area around Fisherman's Wharf.  Later we meandered to Scoma's for dinner. 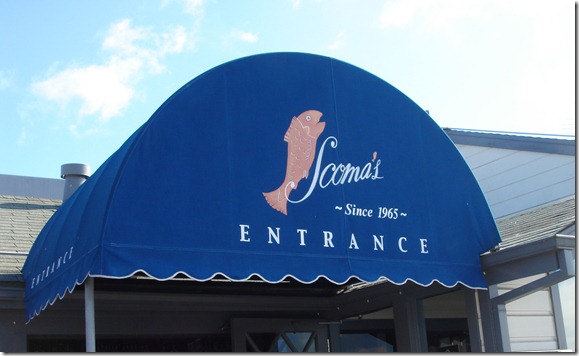 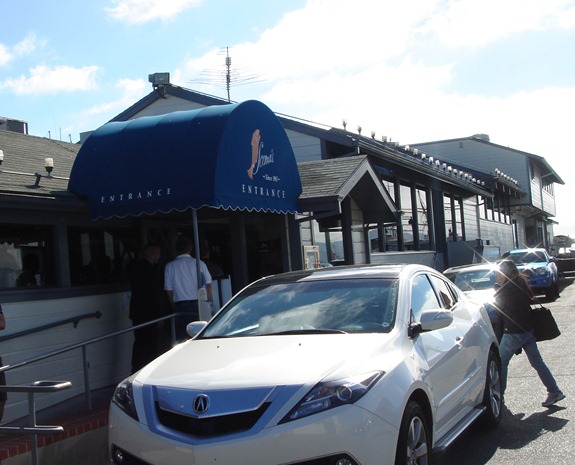 We arrived early to check out Scoma’s and to see if we could get a reservation.  Stomach, upon finding that there was room for us, decided to get in for an early dinner since we were there and the kids were waning.  Bib was asleep already and he was lugging her around.  Bebe is always hungry, so 5pm dinner wasn’t a problem for her. 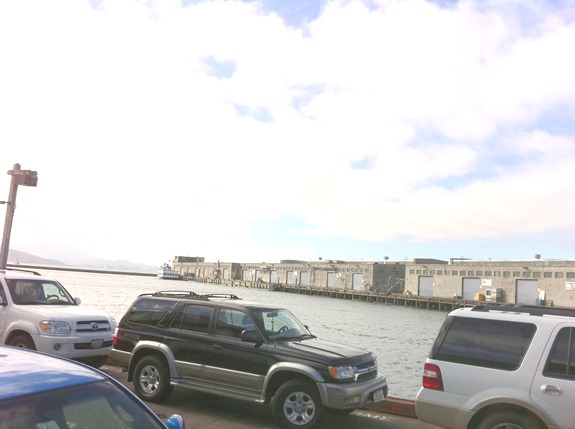 The view from our table is part of the parking lot in the back and the wharf and water behind. 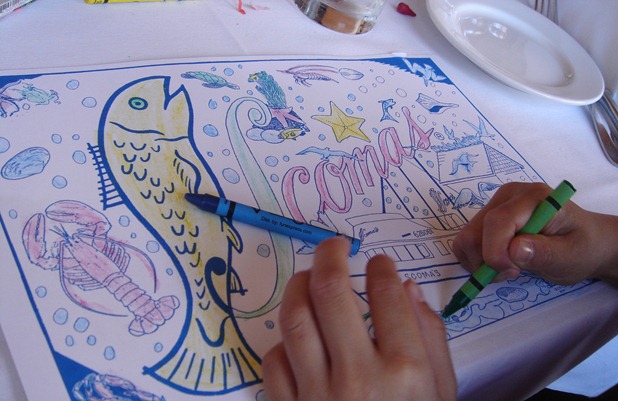 Scoma’s is kid-friendly and has crayons, a placemat to colour and a kid’s menu.  This was a very good thing. 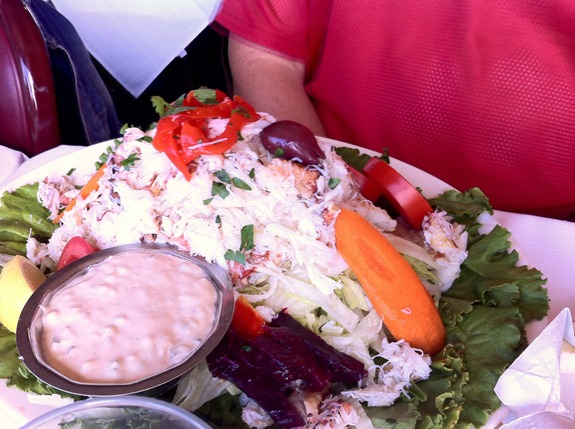 Wow.  Lookit all the crab!   This was a huge crab salad. 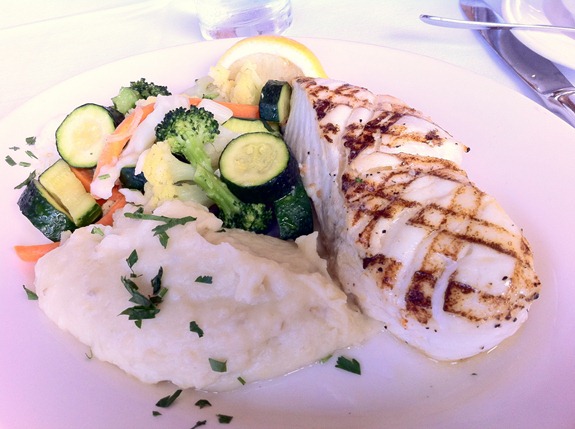 Grilled halibut served with awesome mashed potatoes and veggies.  My mom couldn’t finish her halibut but said it was very good; the mashed potatoes were her favourite because I think there was garlic in there. 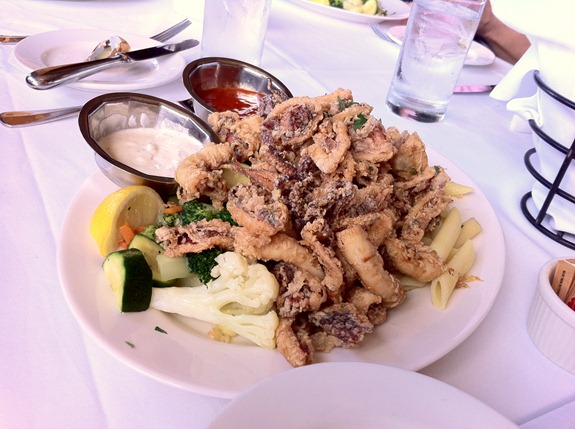 Calamari dinner.  Again, this was huge.  It was served on a bed of pasta too. 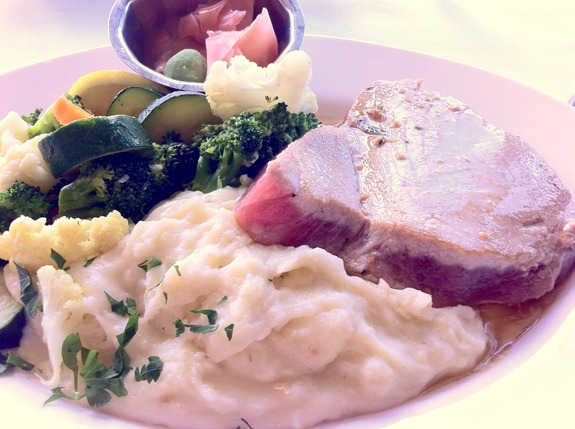 Seared Ahi Tuna.  Stomach loves his ahi tuna.  As you can see, it was seared perfectly and not overcooked. 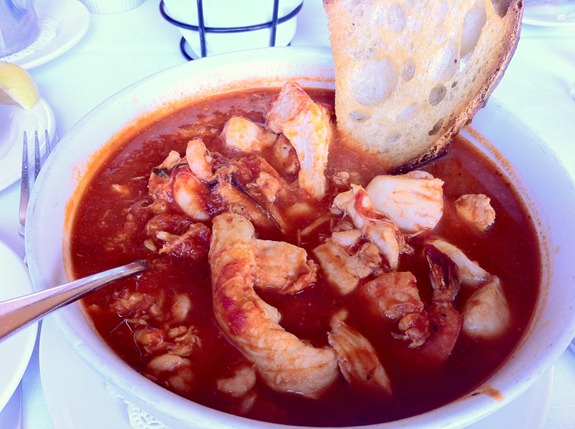 My dish:  “Lazy Man’s” Cioppino.  There were no shells to wrestle with and tons of crab and shrimp.  It was way too much to eat for me so I took half of it home to eat for lunch the next day.  My leftovers filled up a bowl and were enough for a meal.  It was huge.

I don’t know if I was saturated with the cioppino or what.  After a while, I wasn’t relishing it so much.  I would have liked the tomato broth to taste more fresh (less canned tomatoes? and instead chunks of fresh tomatoes) and spicy from herbs.  I had no qualms about the portion size.  However, I actually don’t mind wrestling with shells because then I know the seafood is fresh.  The seafood in my bowl was ample but I didn’t really like the baby shrimp and shredded crab mussing things up.  I like huge succulent chunks of seafood.   Good though.  Rating:  5/6 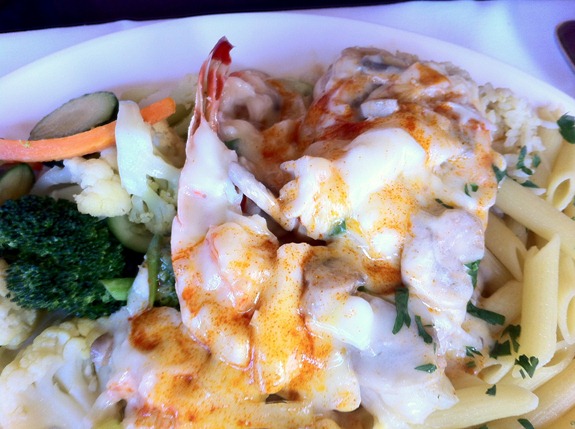 Lobster Newburg? I think?  my cuz said she was expecting it prepared a different way as she’s had Newburg before.   I suppose this is Scoma’s take on it… “a la Scoma”.  It too was served on a bed of pasta. 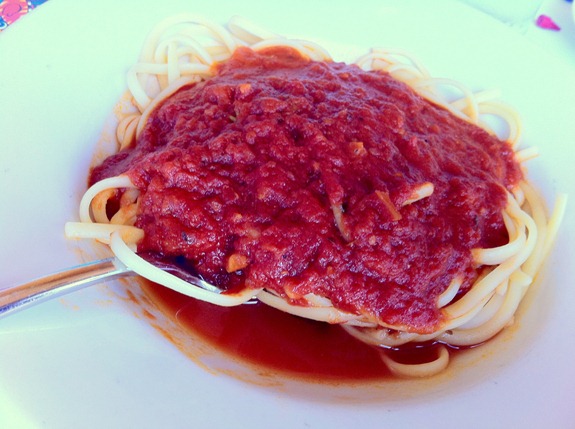 Kid’s pasta with red sauce.  I was a little anxious that the pasta seemed to be swimming in some watery red sauce at the bottom of the dish.  Bebe seemed to like it though and didn’t complain.  She said it was good. 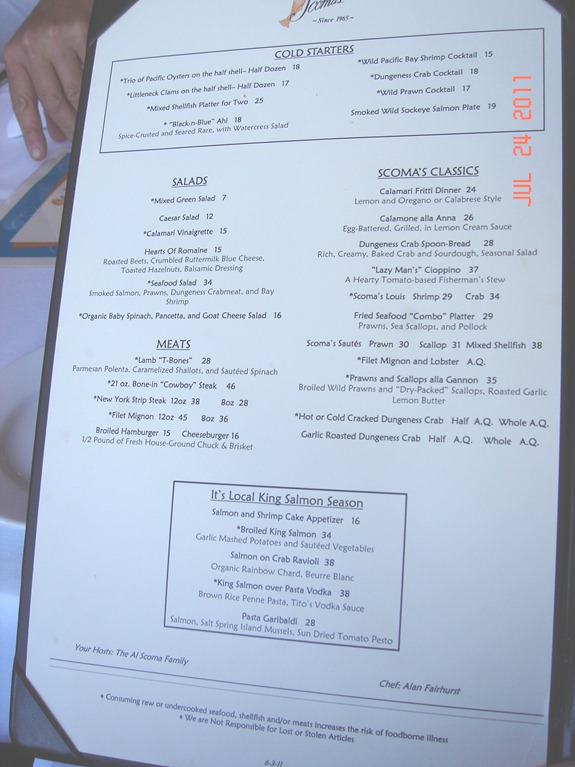 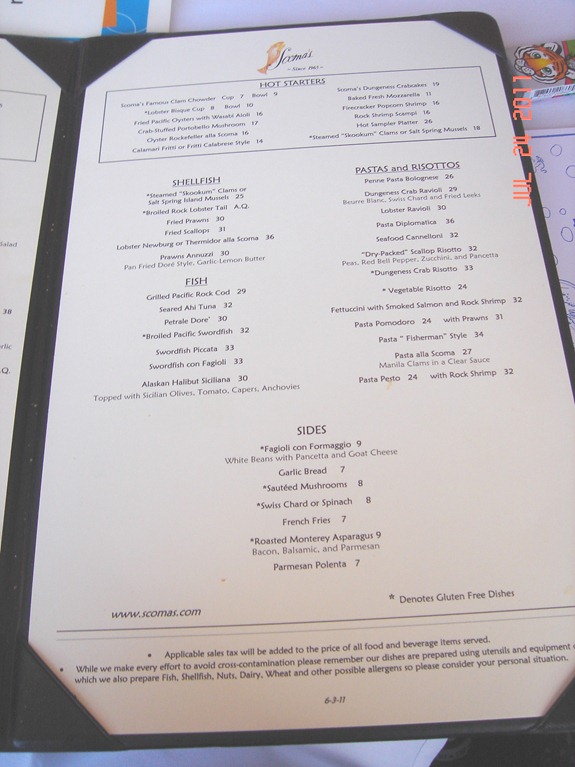 The menu denotes gluten free dishes with an asterisk.  I like that.  How thoughtful!

Service was great.  Our waiter was French I believe.  He was quite a character.   I think that the meal was pricey but the portions were gargantuan.  The seafood was fresh and though I’ve had better (in Vancouver! hee hee!) our portions will never compare to American-sized portions.   You guys win hands down for portion size, for sure.