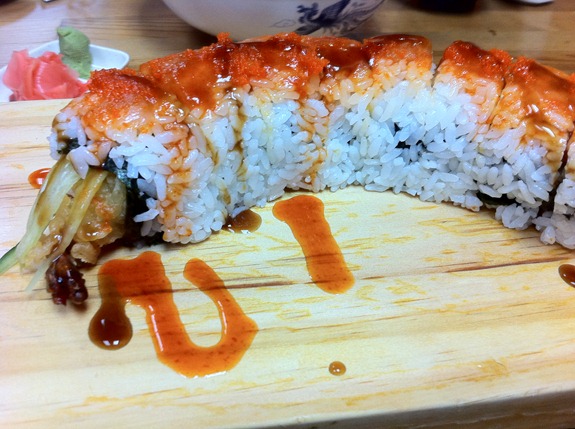 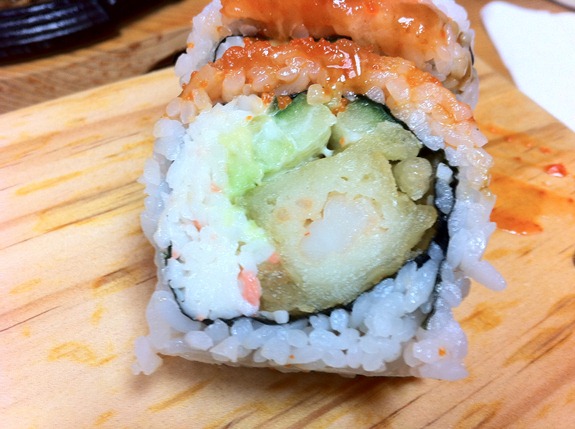 Rating:  4.5/6.  The tempura didn’t seem to be freshly made and was thus a bit chewy.  The flavours were good though.  Sushi rice was okay but lacked some flavour. 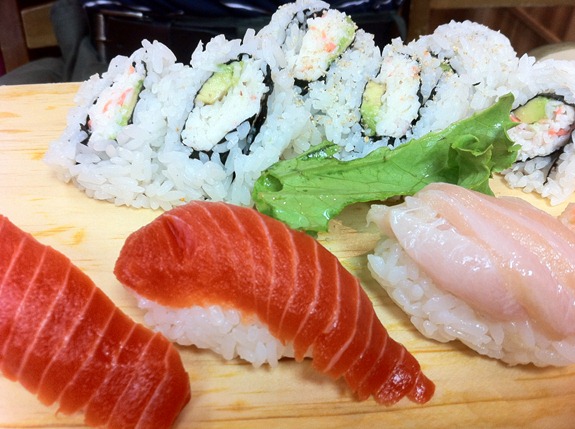 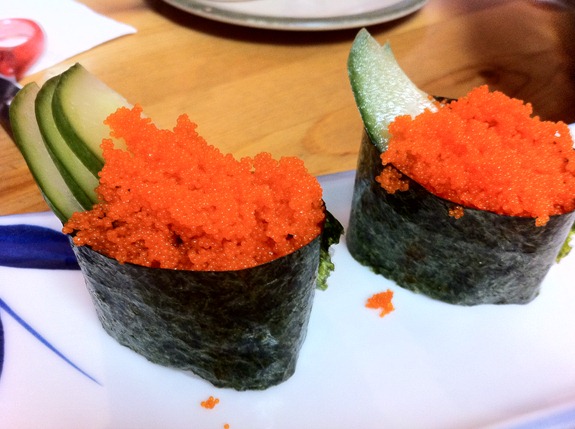 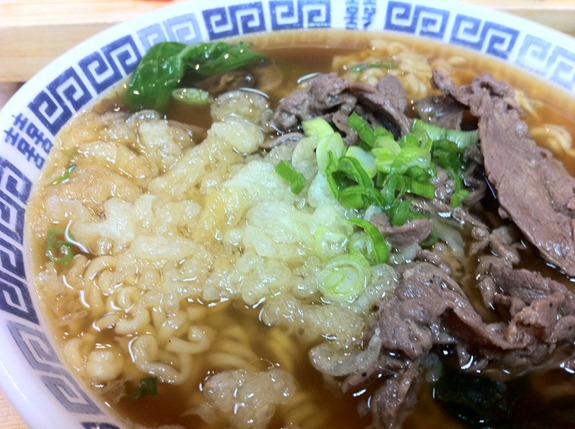 Beef ramen:  with tempura bits floating about, a few pieces of veg, a sprinkle of scallion and thinly sliced beef.   The ramen were not as cooked as Bebe would have liked it.   Rating:  4/6 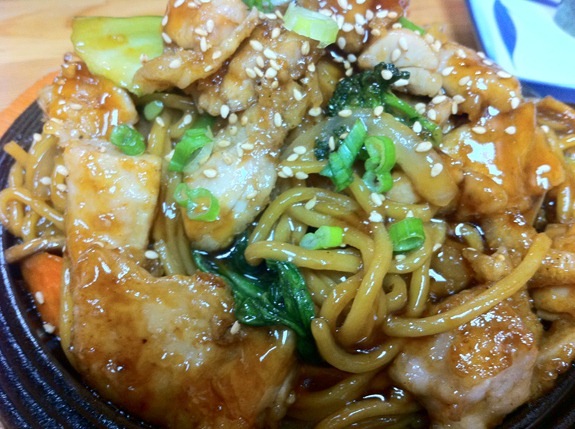 Chicken yakisoba:  tender chunks of dark chicken meat, veggies and a huge drizzle of a sweet teriyaki sauce comprised this dish served on a hot iron plate.  The sauce was not the bulldog sauce I’m used to, was employed on the heavy-handed side and too sweet.  Rating:  3.5/6

On Sunday, we had prepared our stomachs for ramen noodles at Q go Ramen, which our Japanese buddy advised was good.  However, we arrived disappointed at the door of the shop…it’s closed on Sundays.
Stomach, having just plopped 1 1/2 hours of coins into our street meter, was reluctant to leave the area so I took out my trusty iPhone4 and tapped my Urbanspoon app!  I love the app and find it so useful because it employs the wonders of “location services”.  I stood there and scrolled through the different area restaurants and even though some looked good, we were hampered by Bebe’s desire for ramen.  So we had to go to a Japanese restaurant nearby.  The closest was located on Granville St.  It was a little restaurant called Také, accessed by walking up a bunch of stairs on the East side of Granville Street.   It was nondescript and only a wooden sign on the sidewalk directed us to its whereabouts.  The restaurant was empty at 5pm.  They seemed to be geared towards a lunch crowd and takeout as several people came through to pick up their orders.  The restaurant is small and narrow, with fewer than 10 small tables.

I am not sure, but think the chef or owners are Korean?  We were served  not the ubiquitous green tea, but the Korean tea made of barley.  I think.

The menu had many things one would typically find in any local Japanese restaurant: rolls, nigiri, noodles, don and some appies.  There weren’t any particularly creative offerings.   The kitchen had to inform us that they were out of a few items we requested…so I guess there isn’t enough demand for some types of fish or sushi so it’s a possibility you might be disappointed if you were looking to eat certain types of fresh seafood.   The food was okay, but I don’t think we’d come back because of some hits and some misses.  The prices were reasonable and I guess if I was desperate, I would order takeout here.   The ambience isn’t too great, nor is it very Japanese in feel.

Bebe is getting a more sophisticated “ramen palate” and this ramen rendition didn’t really impress her as authentic, though she slurped it up because she was starving.  Heck, she likes instant noodles, so you really can’t screw up a ramen dish in her mind.  The broth certainly didn’t seem to have depth.  The most disappointing dish for me was the yakisoba.  It had so much possibility!   with plenty of tender chunks of chicken and some fresh veg.  Unfortunately, a heavy hand with the slick, sweet teriyaki-based sauce ruined the whole thing.  I like sweet in general as you know.  This had my tooth aching.

All in all, if you’re in the neighbourhood and looking for really cheap sushi, Také Japanese Food will do.  Especially for takeout.