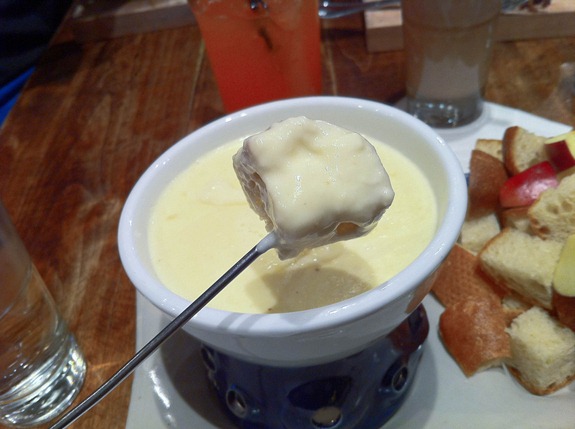 It’s been ages since I had fondue and my fond memories in Alsace of having all that reblochon cheese (tartiflette! yum!) and the awesome Cheese Fondue I ate with my great French friends V and P.  Sigh.  Eating fondue in Vancouver just doesn’t cut it, but it sure is better than not eating any fondue. 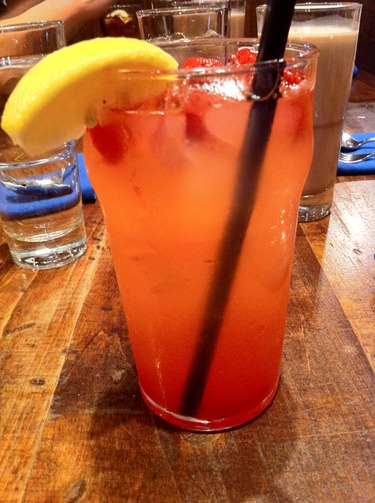 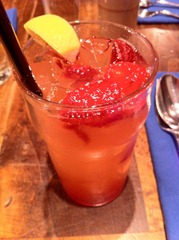 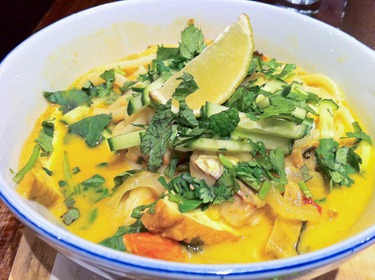 I don’t know what Stomach was thinking when he ordered this at Burgoo.  If you want good laksa you go to an authentic Malaysian restaurant.  Anyway,  he was disappointed.  He asked if it was spicy and the waitress said it wasn’t…which should have been a dead giveaway that it was tamed for western palates.  Don’t order this.  On a positive note, he said there were plenty of juicy shrimp in it. 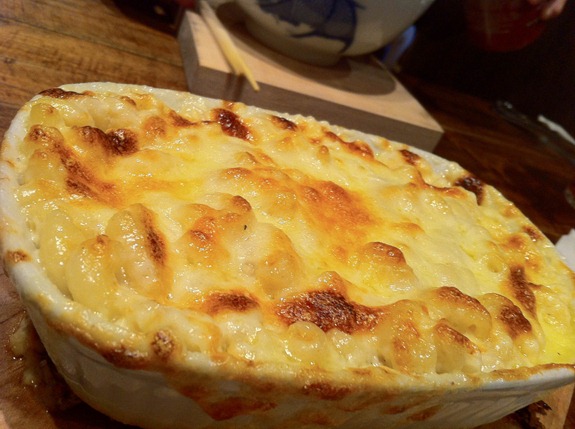 I think Burgoo does cheese well.  The smell of caramelized melted cheese wafted through the room as we ate.  The bubbly casserole dish arrived on a wooden board and the kids wanted to dig in but…hey, you know the dangers of hot melted cheese! 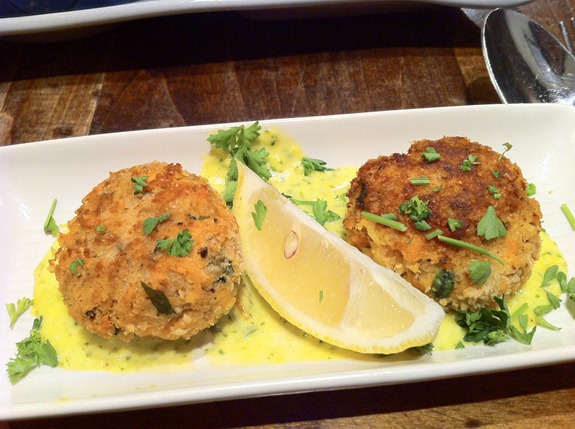 I was smart and ordered the salmon cakes.  They were good with the accompanying lemon and sauce. 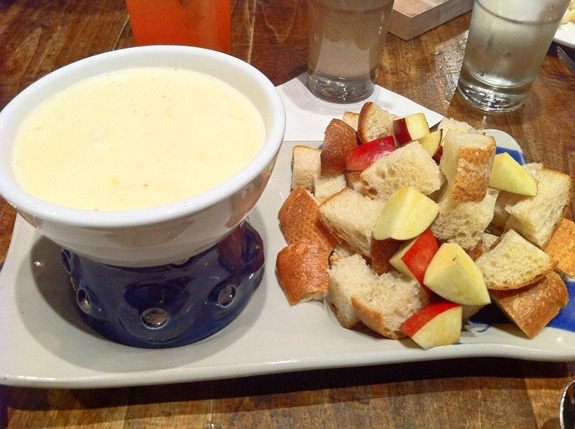 Though the Brie Fondue isn’t exactly like the one that I had that was made from Comté, I still liked it.  It came with cubes of crusty bread and apple chunks.   I'm doing my part to ingest a bit of gluten everyday leading up to my gluten allergy test.  I think I'm supposed to have some gluten everyday so I won't get a false reading in my tests.  Thus my gluttony here.  I figure if I'm going to eat some gluten, I'm going all the way. 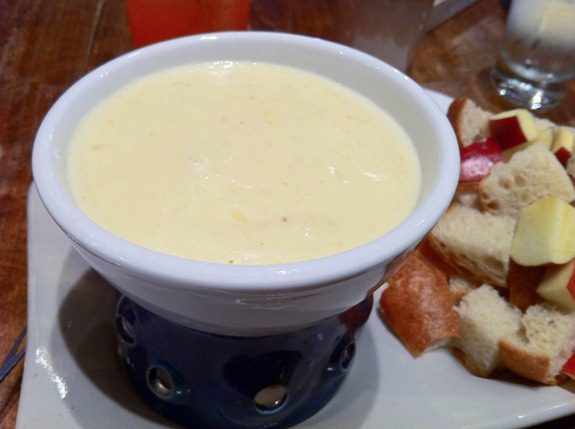 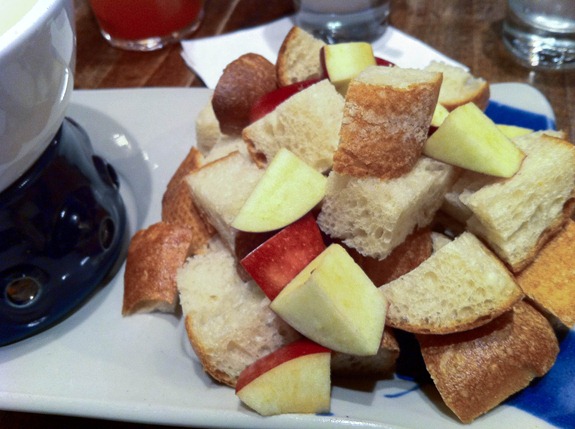 If you like comfort food (and cheese) Burgoo is the place for you!  Bebe and I were loving the fondue.  Stomach (lactose intolerant) and Bib (milk allergy) don’t eat a lot of cheese.  Too bad for them!  I can’t wait until Bebe is bigger so she can go with me for a big Fondue meal!  with wine! yum!   When she’s an adult, I imagine we’ll have some cheese-filled meals to make Stomach and Bib’s stomachs churn! hee!

Burgoo has appies, sandwiches, salads and soups.  They do stews from around the world and I almost ordered the Boeuf Bourguignon.  The restaurant was packed inside at 5:30 p.m. on a Saturday.  There was a huge patio outside though and it could accommodate just as many people as were seated inside.

Just to let ya know, assuming the gluten test is the blood test that i think it is, you need to ingest a lot of wheat for the readings to be of the best accuracy. I think around 2 slices of bread a day, or something equal to that. With gluten blood test, there can sometimes be a possibility of a false negative. Or a false positive, but the false negative can be more worrisome, since you then think you can eat gluten and be alright.