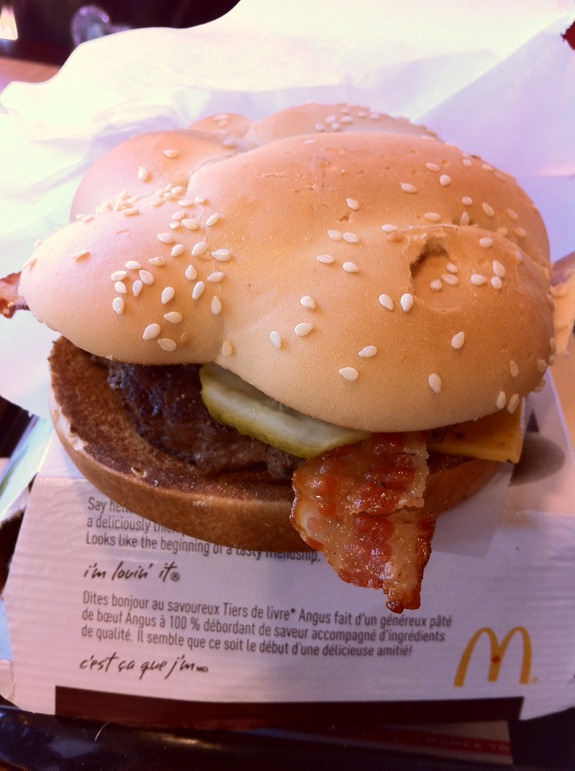 It’s my 18th Anniversary and for lunch the kids got their choice of restaurant because we’re ditching them for dinner.

So guess where we had lunch?  We hardly ever go to McDonald’s.  They consider it a treat. 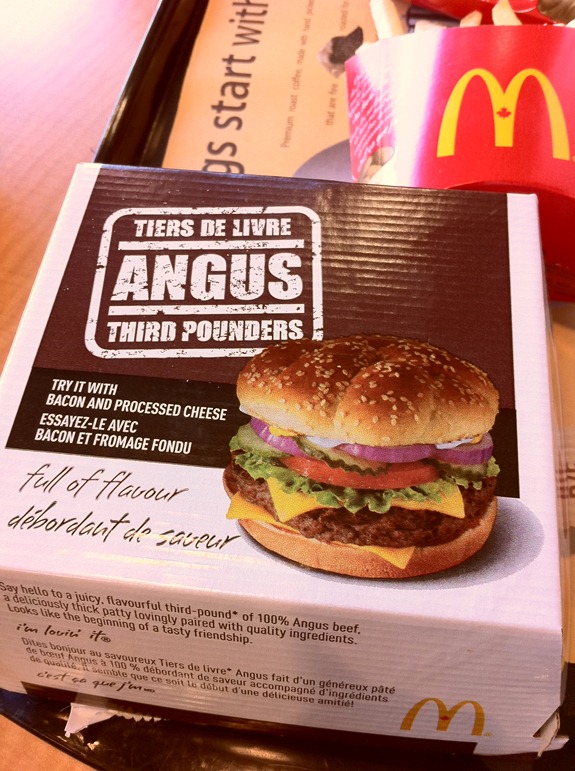 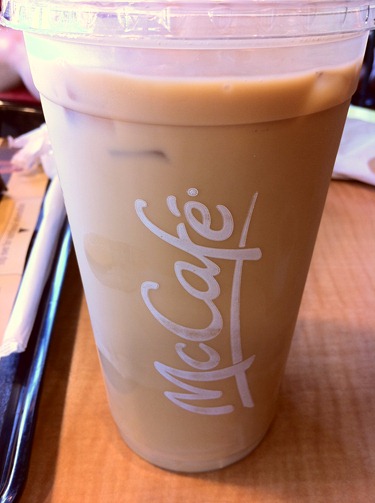 It was a smokin’ hot day and called for an iced coffee.  This wasn’t bad.  I was pretty impressed considering how cheap it was compared to Starbucks. 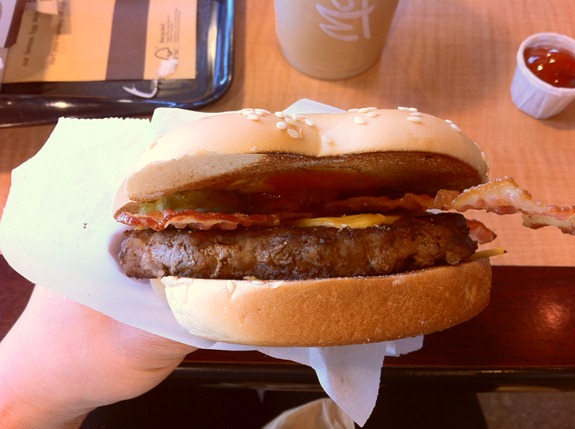 Call me a sauce-lover.  I like bacon, but thought that the bun was a bit on the dry side and needed something like a sauce.  Or mayo.  Anything.  Perhaps that’s why I liked the Mushroom Swiss better.  The meat patty was definitely better tasting than the regular patties.  I had to peel off some of the bun because I didn’t like it.  I thought the bun was too hard and like a Kaiser Roll.  Rating:  4/6  (I'd say the Mushroom Swiss is a 5/6) 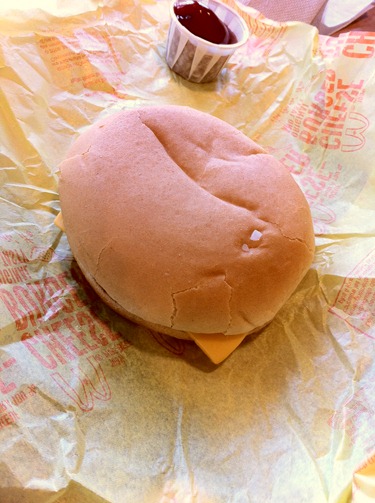 Bebe’s cheeseburger.  8 year old Bebe has turned a culinary corner in her life.  She’s now eating hamburgers. I’m not sure that’s a good thing, but this is the way it is.   She didn’t like them when she was younger.  Bib still doesn’t like burgers.  She’ll eat maybe 2 chicken nuggets and a bunch of fries.    I think they like the Happy Meals because of the toy factor.  So we’ve stopped buying the toys.  It’s not as if they don’t have enough little plastic doodads underfoot all around the house tripping me up. 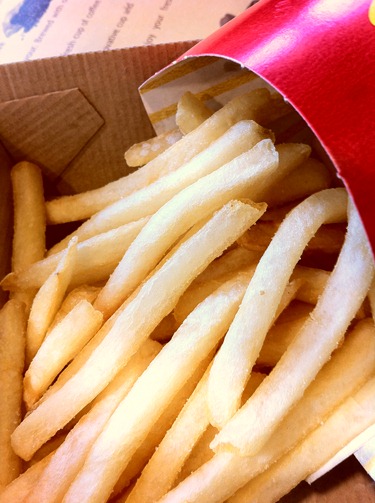 Who doesn’t love McDonald’s Fries?  Today for some reason, they were blah tasting and like cardboard.  So Stomach took the fries in the container back to the front and asked for a new batch.  I think there wasn’t enough salt and they were on the cold side.  They immediately remedied that; no questions asked.

The new batch was piping hot and much better.  I like that about McDonald’s.  Good service.