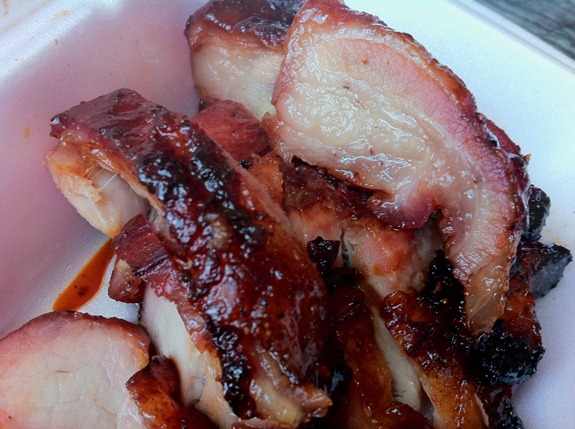 I must confess that I am guilty of not cutting off the fat of this bbq pork.  I ate it.

Ate it all, you hear?

Bebe, meanwhile, carefully carved out her fatty pieces and left them on the side of her plate…to be picked off one by one and eaten by her little 4 year old sister, Bib. 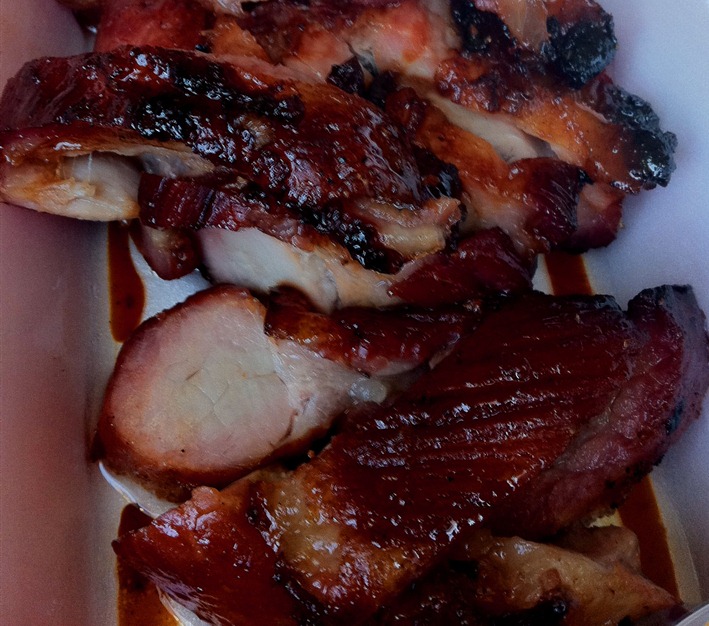 Just like in that old Nursery Rhyme, in our household, there are the Jack Spratts and his fat-loving wife.  Bib and I are the latter.  Stomach and Bebe are the former. 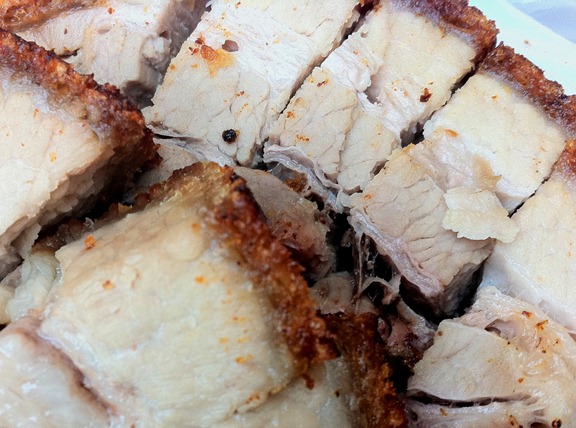 I don’t eat gristle or just any old pork fat.  It is best rendered well for me to eat it.  A caramelized crust is much desirable.  I don’t eat the fat from beef or chicken or duck. 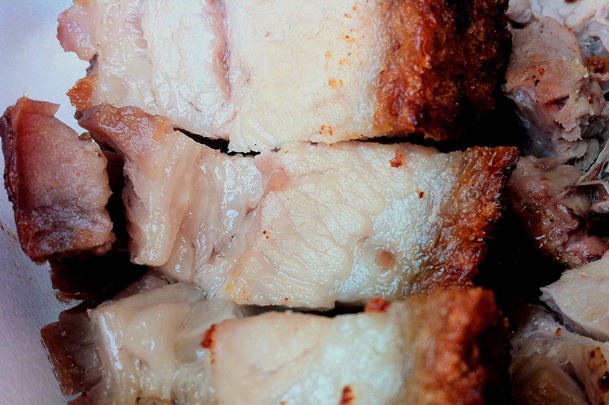 See those crunchy crackling skin pieces?  That’s mine!  In this case I will cut off the layer of fat if it is more than 3 mm.  Or if it isn’t translucent.  I hate cold pork fat.  That’s just lard.

Barbeque Master is located in the underground parkade area of Superstore in Richmond.  You can access it from the street too, though I think we never have.

It’s hopping busy always and the bbq master at this shop has received rave reviews for his bbq meats.  Some people claim that he’s got the best Chinese bbq in Metro.  My MIL thinks the guy at Parker Place rocks, but I think Parker Place BBQ Meats’ BBQ Pork (Siu Yook) is too salty.   I do love how he serves it with a soy dip.  Really yummy.  Salt overload!  But really good with rice I guess.  Both BBQ shops are very good and very busy.  There's a lineup for both and they sell out of some items very quickly.

I didn’t get my way today because Stomach didn’t order BBQ Duck.  Instead, he likes Siu Yook and my kids love Cha Siu.  The girls like BBQ duck, too, but I think they like Cha Siu better.  They ate a half the container for dinner all by themselves before I got to it.

love it! i confess i occasionally don't cut the fat off either...i sometimes guiltily try to hide it, but i think i will just own it. yum! and nothing is better than barbecue.

there used to be this REALLY REALLY REALLY GOOD bbq pork place on fraser and 19th, but they closed :( and i vowed to never eat bbq pork again cuz i know that no other place can make it the way they did