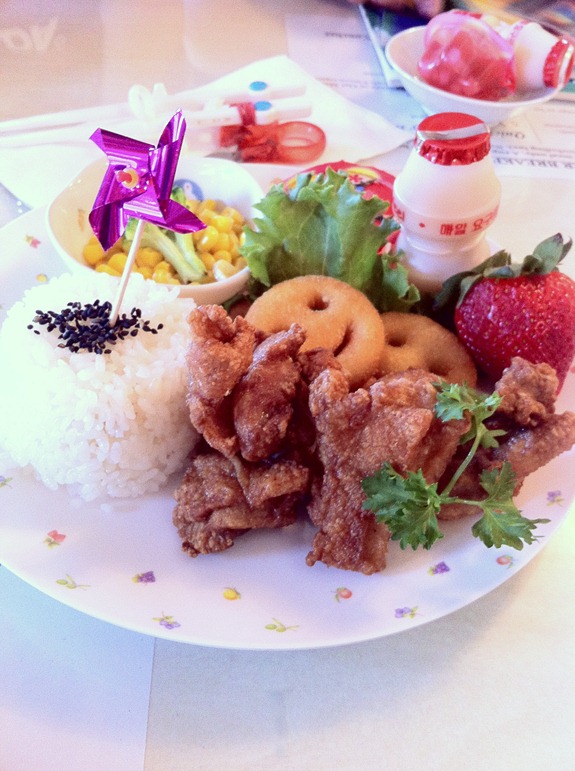 Someone knows kids at Tenhachi!   A pinwheel? how cute is that?

Not only are there kid-oriented special meals with the requisite Japanese version of chicken nuggets (actually freshly fried chicken karaage—tender morsels way better than you’d get in any Pirate Pak!), the waitresses ask parents at the end of the meal if the kiddies would like a toy!  They bring around a basket full of Dollar Store goodies and the kiddies light up in smiles and riffle through the plastic magnifying glasses, water guns and other such stuff.

Though I allow my kids to offer their ratings of dishes…this one Bebe says is a 5.5/6 –you must realize that it’s all about the cute factor with them.   As a parent, I’m not too cool with frozen stuff (the potato smiley faces, frozen corn) and the prepacked goodies like the yogurt drink (neglible amount of calcium; but high in sugar) and the jelly dessert.  However, it still beats McDonalds and isn’t any worse than a Pirate Pak from White Spot or deep fried pre-formed chicken nuggets from Costco that you make at home.  I liked the fact that there were veggies and lots of variety and the chicken was fresh moist chicken thighs that they really enjoyed eating.   This combo is way cute. 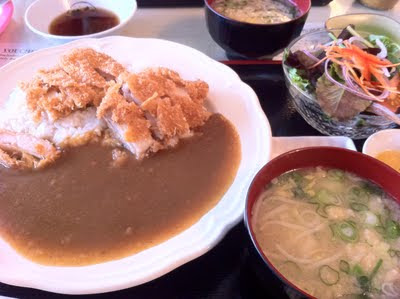 The Curry Katsu is yummy.  This curry is like the Glico brick curry that you buy in a box...Japanese style.  There is no coconut milk.  This version has a good little kick.  Not overly hot though.  Note the miso soup?  It's chock full of veggies.  The side salad accompanies as well.  Rataing:  5/6 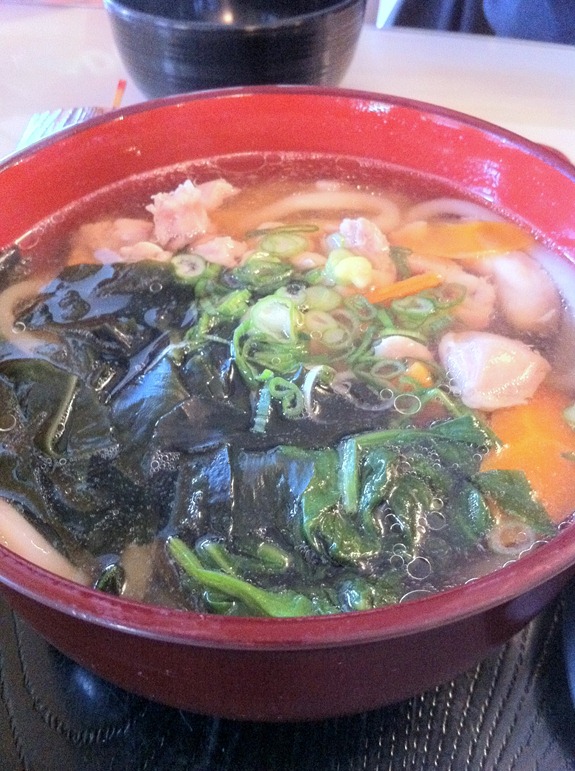 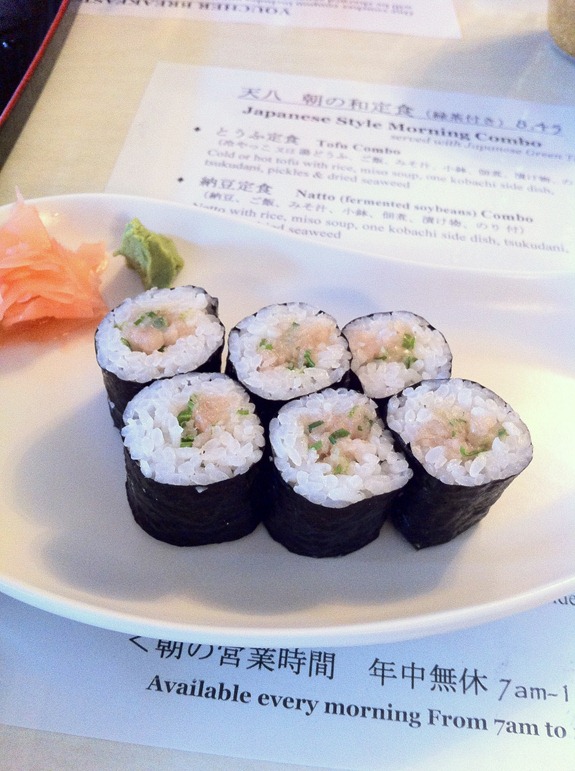 Although you can find some sushi at Tenhachi, it is not the sort of place where you would find the fusion creative rolls.  There are classics and the selection is limited.  The sushi is decent though.  Instead, opt for the menu items that are labelled “Teishoku” and you will be happier.  The combos come with little side-dishes that are like the Korean side dishes you get at restaurants.  Pickled veggies, appy-sized dishes and the like tease your tastebuds. 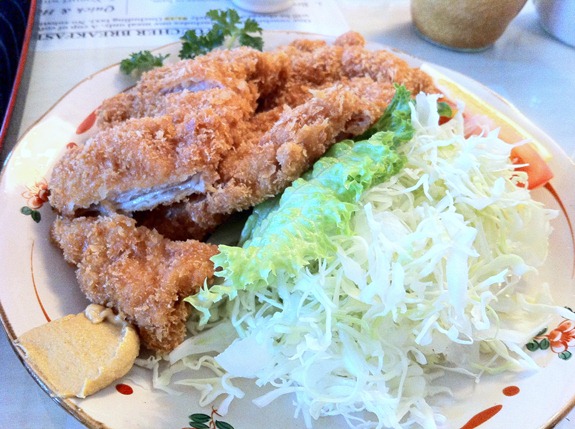 The Pork Katsu comes with a smear of mustard and dip.  The veg is the finely shredded cabbage.  I would have liked some dressing for the cabbage as it was quite naked, albeit healthier without.  Rating:  6/6 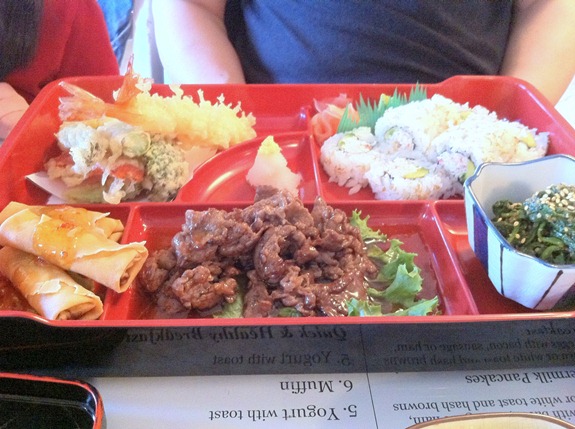 Tenhachi is located along 12th Avenue.  The restaurant is nondescript; in a high-rise apartment building with European decor rather than Japanese.  There is a folding billboard sign on the sidewalk advertising its location.  It looks like it could have been a beer garden at one point.  Enter through the apartment building’s front doors and you will see the restaurant right in front of you.  The restaurant caters to the residents of the complex and offers breakfast specials that are distinctly Western:  Yogurt, toast, muffins, pancakes, hash browns and coffee while at the same time offering Japanese homestyle breakfast offerings like tofu, rice, fish and pickles.

As a side note, a friend who grew up in the area relayed to me that this particular apartment was home to "ladies of the evening" in the very distant past.  Currently, I have noted the people running the hotel look to be quite middle-class decent sort of folk.  I didn't feel any seedy factor in the environment.  I did feel like I had walked into a time warp though.

The breakfast items are located on the menu that reside under the glass tops of the tables. You can’t avoid looking at them. They are so intriguing. Apparently there is a demand for the Natto Combo at 7 in the morning! So interesting.

The restaurant is Japanese owned and operated.  Menu emphasis is on homestyle cooking and Teishoku combos.  The customers are primarily Japanese and residents of the area.  My Japanese buddy advised me that they have really authentic Japanese offerings that aren’t even on the menu and are dependent upon seasonality of the foods…things like monkfish liver and whatnot.

There has been a menu update to the dinner offerings since we last ate here.  No longer can you order lasagna and some other less-than-Japanese things.  They have decided to focus on homestyle classic Japanese dishes.
Service is efficient and friendly.  Very kid-friendly.

The menu link is HERE.

Parking is located along the side streets in the residential neighbourhood if you can find it.