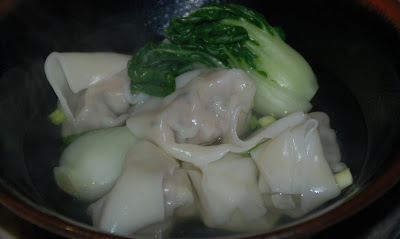 a steaming bowl of homemade wonton soup is food for the soul
It's getting harder and harder to feed Bib. She's almost a year old and wants to eat everything we're eating--but of course she's not allowed to have certain foods yet because they're either choking hazards or have potentially allergenic ingredients. This makes eating out kind of difficult. BUT we still manage to go out every week for Dim Sum or Dinner. Stomach and I figure we have to train them early because that's pretty much our sole form of entertainment nowadays. 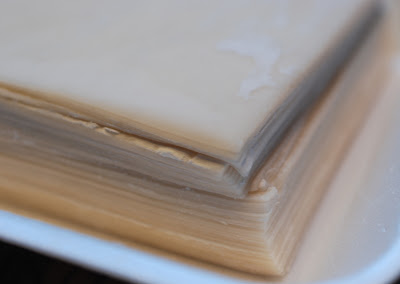 fresh wonton wrappers (a.k.a. wonton skins) can be readily purchased at any Asian market or major grocery stores in the refrigerated section

I haven't officially introduced egg whites to Bib because I think she breaks out with nasty eczema when she eats meals that suspiciously have that ingredient (like velveted chicken in restaurant stir-fries). Some baked goods are also off-limits. Poor thing! 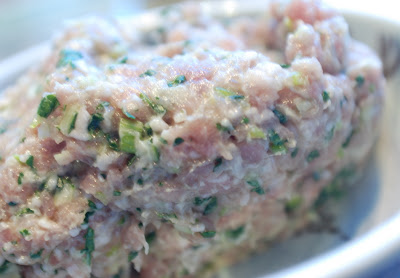 wonton filling: i like to crank up the nutritional value of my wontons with bok choy
I've been trying to feed her things that have veggies, protein and carbs all in the same meal. It's not easy. Dark leafy veggies are a hard sell unless they're disguised somehow. So here I am hiding them in the wonton filling. You know...kind of like multi-tasking. Or is that multi-eating? One of my favourite solutions for a quick healthy meal that the kids love: Homemade Wontons in Chicken Broth. Bebe loves hers with udon noodles too. I like mine with bok choy in the broth (no noodles--they're redundant in my opinion). 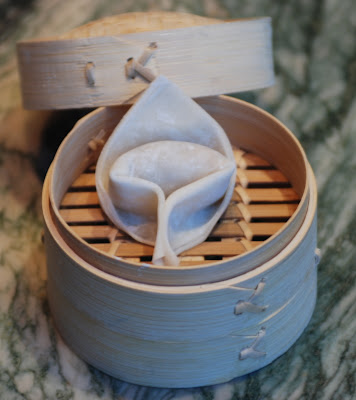 homemade wontons: no eggs, no seafood, no weird chemicals and perfect for a toddler's meal

Here's my step-by-step method for making wontons. I like to freeze them on the sheet pans for about an hour and then dump them all into a ziploc bag. When we feel like having Wonton Soup, we take however many we want (still frozen) and plop them into chicken broth to cook. Add a package of instant noodles and veggies and you have a full meal! 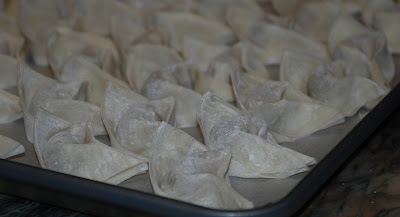 a tray of wontons ready for the freezer (or soup pot!)

This is my boyfriends all time favourite meal, i cant wait to try this recipe on him. i wish you lived in sydney!

Looks yummy! Does the ultimate quest for the perfect bowl of won ton end here?

Hi, Thanks for posting this recipe. I have used it to make wontons and steamed potstickers every week since reading it. I do have a question for you (and I hope you don't mind). I have a friend who is coming over for dinner who does not eat pork and I plan to substitute ground turkey. Having less fat I thought I'd double the sesame oil and omit the cornstarch? Does that make sense? Or do you have a better idea? Thanks! T

Hi T,
I'm so happy you have been using this recipe. Wonton are actually quite healthy...you get a pretty good dose of dark green veggies with the bok choy! By all means, substitute with ground turkey. I would probably keep the cornstarch because it acts like a tenderizer and also holds the mixture together. I agree with the extra sesame oil...or if you find that too strong, just add some extra plain veggie oil. It should be tasty! cheers!

Thank you so much. It worked really well! I did exactly as you suggested and used vegetable oil for the extra oil.