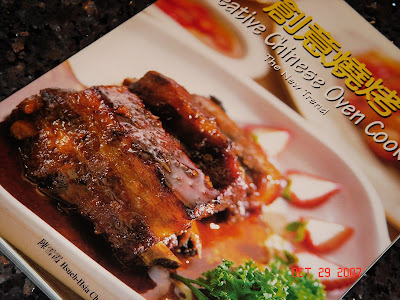 I purchased an interesting recipe book the other day and have been very happy with the first few dishes that I've tried out of it. The recipes are not complicated and they usually call for only a few ingredients. More importantly, they have been tailored for oven use and this makes me happy. It allows me to set a timer and forget about it while I tend to the kids.

I was particularly impressed with a delicious and creative Baked Oyster Dish. Instead of oysters in the shell (which I hate to pry open), I opted for oysters in a little plastic bucket from the local fish market. I used a gratin dish and did everything else that the recipe called for and must exclaim that it was quite fast to prepare. 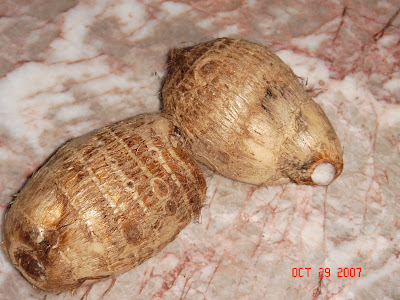 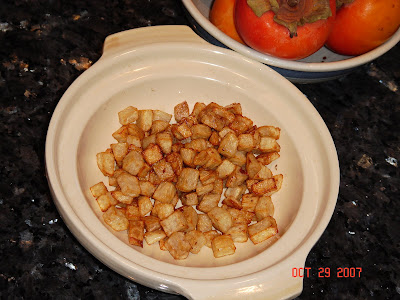 deep-fried taro cubes. nothing wrong with that! 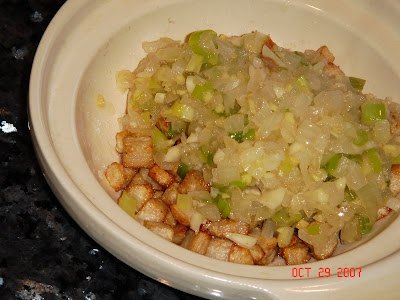 The only tricky part of the recipe was deep-frying the taro. Since the taro was cut in little cubes, it cooked relatively quickly. It didn't spatter because taro tends to be dry. I used a little saucepan with oil in it just to cover the taro cubes and it worked out fine. The taro doesn't absorb much oil at all.

You mix the taro and onion mixture with salt and pepper. In another bowl, you mix a couple tablespoons of mayonnaise with a small pat of butter. You combine both mixtures together and then spread it on the oysters. Pop in a 400F oven for 10 minutes. Then broil for another 3-5 minutes, until golden brown. Yum! 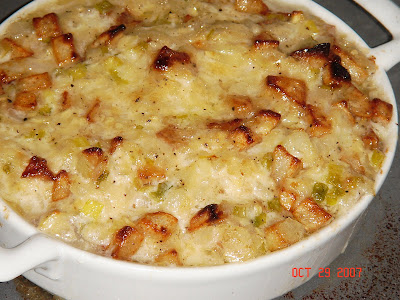