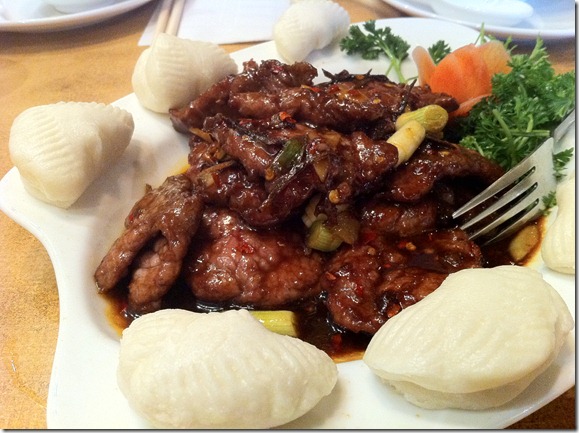 I think this is an impressive dish.  The beef was very tender.  The dish is hot and spicy with dried red chili peppers and the numbing Szechuan Peppercorns. It also is sweet but the dried orange peel is barely detectable.  I would have liked more orange to come out.  There was plenty of sauce so that if you had buns you could sop them up.  Unfortunately, my girls ate all the buns.  They said they were good!  I suppose this would go really well with lots of rice. 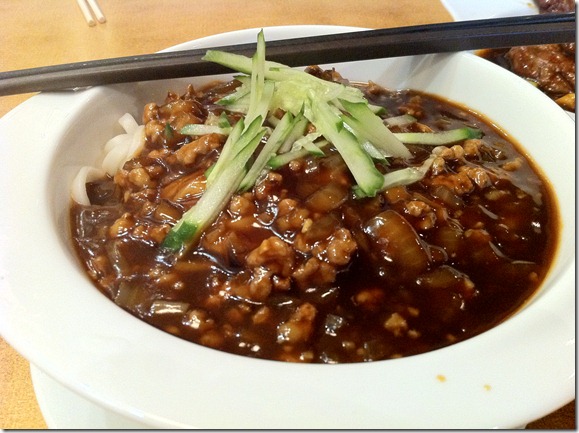 The Bean Sauce with Pork on Handmade Noodles was excellent.   6/6!

I felt the noodles were made particularly well…not too doughy and they were cooked perfectly.  They had a bit of bounce and were not mushy.  I can’t stand mushy noodles.  The Bean Sauce was way better than the one I had at Peaceful Restaurant (which had a particularly strange beany flavour).  It wasn’t bitter or “beany” and the flavours were balanced very well.  I think this is my favourite place for Bean Sauce on Noodles thus far. 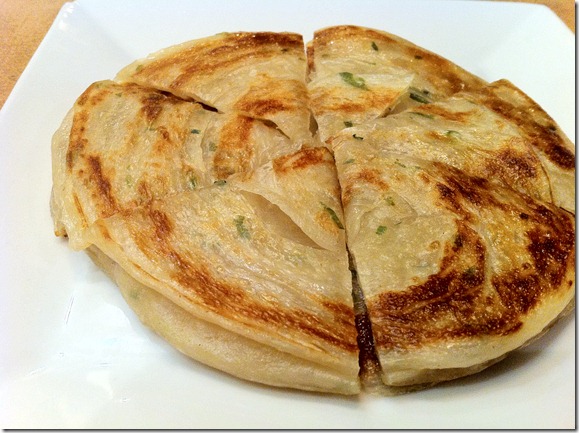 I liked the texture.  I think this is almost as good as Golden Great Wall’s.   Stomach thought that the onion flavour could be more pronounced.  However, the pancake was fantastic because of its layers.  It wasn’t greasy either.  You don’t get layers everywhere you know.  It’s been rolled properly and it’s crispy; not unlike a roti canai.

I really like the setting of this restaurant.  It's located on the second floor of Aberdeen Mall.  So there's tons of free parking.  The decor is nice and at the front of the restaurant are huge statues of Chinese soldiers that you would find in the Ming Tombs.  Service is very attentive and you can see the noodles and buns being handmade to order through the clear glass pastry room.  Bebe loves this restaurant and though she always forgets its name, she says "I want to go to the restaurant with the soldier statues in front!"

Oh my goodness! What delicious dishes these would have been. I can imagine that they were very flavourful..

ohh im so hungry right now and this looks amazing!

Great blog; happy I found you!

this looks great and must be so yummy!

mmm i think bean sauce on noodles is like my favorite asian dish (do you know if it's the same as ja ja myung? that might be the korean name of the same dish)! especially if the noodles are homemade. looks great, and so does that onion pancake!

Hi Cakebrain: My name is Ben and I maintain a blogroll of all blog posts on Vancouver area restaurants on my site (chowtimes.com). I had added your feed on restaurant reviews on the blogroll. I want to let you know and hope it is OK with you. Please let me know if it is not. Glad to have stumbled on your post! Ben