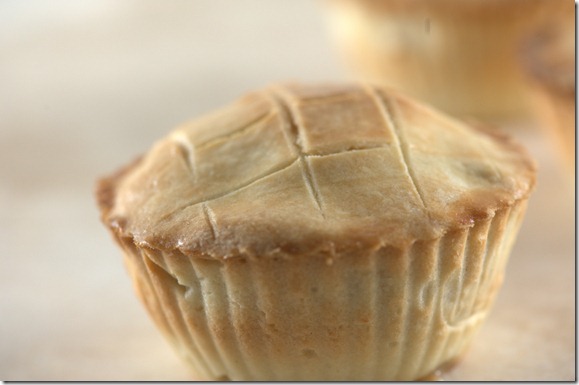 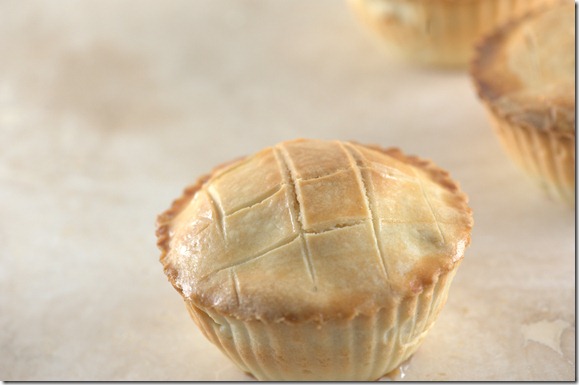 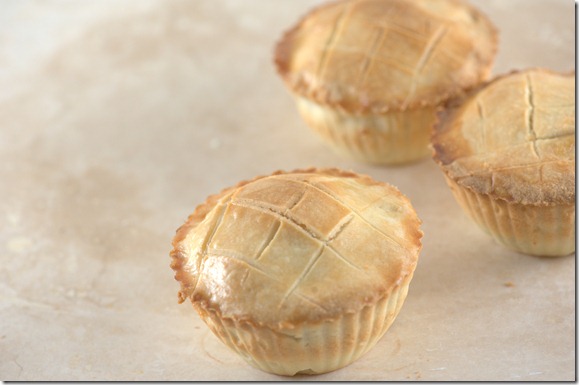 I have been seeking the perfect recipe for those HK chicken pies that we buy at the local Chinese bakery.  They are unlike western pies because they’re small (tart-sized), they are savoury but also a bit sweet due to the addition of a bit of confectioners’ sugar in the tart dough, and the filling is primarily of chicken (thigh) chunks and ham.  These pies I suspect are made with lard because they taste so good.  I cannot bring myself to use lard (but interestingly I have no problem using pure butter)! 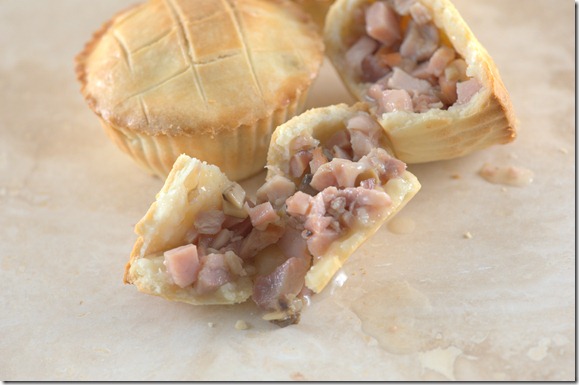 The end-product I am hoping for doesn’t have the requisite white sauce that western pies have; nor is there an abundance of veggies.  I followed the recipe exactly and was very disappointed, though not that surprised, that it was very dry.  The pies I purchase from Anna’s, our favourite chicken pie source, are on the dry side, but they are savoury and the filling kind of sticks together from I am guessing, a sort of cornstarch-thickened sauce made from the filling juices and possibly chicken stock.
This recipe shows promise.  I made one test pie first and almost gagged from the bone-dry product.  For the rest of the batch, I then doctored the filling with a cornstarch-slurry thickened sauce made with chicken broth and stirred that into the meat filling.  It still needs something…like maybe some sauteed onions and more mushrooms.  I am inclined to add a sauce of some sort because I actually like a really moist filling.  I just worry that it’ll leak out of the little tarts as the dough is more like a shortcrust. 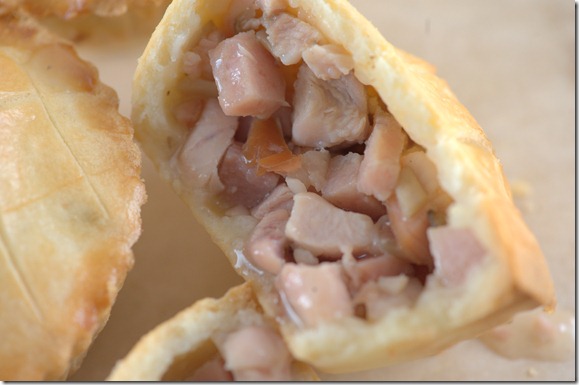 So now I have about a dozen of these little pies to eat and though they’re not that bad, you really need a cup of hot tea or a tall glass of milk with them.  After I’ve figured out how to improve the recipe, I’ll post it.  I’ll be trying it with mushrooms, sauteed onions and a little white sauce first.   Hope it’ll work out!  I’ll keep you posted on my testing. 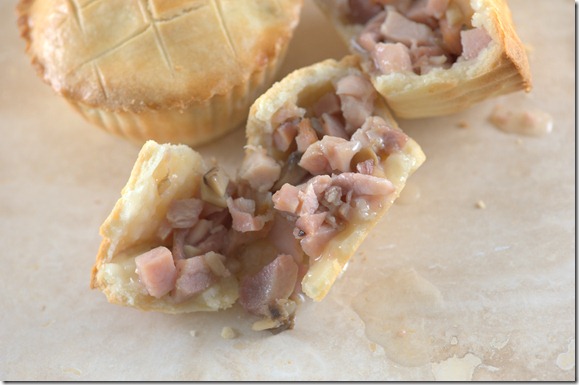 Definitely looks promising! I like the idea of chicken pies but haven't found any that I really like - they're all swimming in sauce with hardly any chicken, or too dry and flavourless.

I shall watch with anticipation for the finished recipe :)

mmmmmmm bite sized chicken pie's! I'd say yes please to that! Those look so good!

Aurelia & Brandy,
I shall persevere and try to perfect this one. These show promise because they're the right size!

I had forgotten all about those chicken pies!! Love them!! Can't wait to see your finished recipe!!

What about a bechamal sauce? it's simple enough to make and would add some moisture without being too runny. I think, anyway.

Easiest.... Buy a whole grilled chicken, leeks, bacon, a can of mushrooms (or fresh) and a tub of cream. In a pie dish, place the leeks cut into discs, top with shredded chicken mixed with sliced and cooked bacon and mushrooms. Pour tub of cream over and cover with pastry (as per usual). Bake in the oven at 350F for 1 hour. Absolutely fantastic in flavour and moisture.

thank you for the recommendations! I was thinking the way of the white sauce as a starting point and then adding my favourite veggies. Hope it works!

hey your crusts look really pretty though! i know what you mean about lard. but my opinion is that you should still give it a try! i tried it for the first time a few weeks ago and it was the best pie crust EVER! after it bakes you can't taste that nasty piggy smell it has (i know ew). and its just flaky goodness from there!

of course nothing wrong with butter either. :)

Oh! Love the idea of small size of chicken pie...it sure very promising :-)

Oh my goodness those look GORGEOUS! I will definitely have to try that! :)