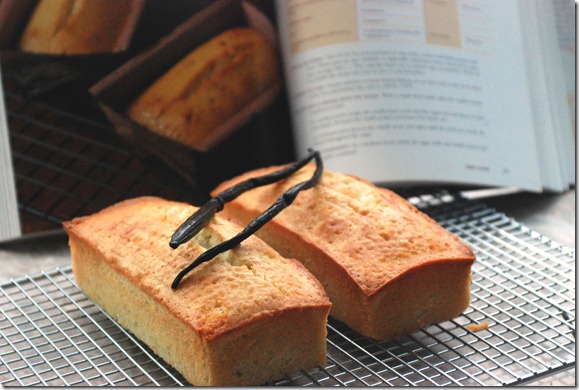 Pound cake can be a misnomer.

I recall in a previous life as a newly married woman without children, I had a desire for my husband to bake for me.  He is no baker.  He has no experience baking.  However, in this day and age, there are no dragons to slay nor villains to be saved from and so I felt the need for him to meet some sort of a challenge that would push his comfort level.

These were the days when we still bothered with a “date night”.  With kids now, there really doesn’t seem to be a point anymore!

Well, along with the new-wife trick questions like: “Do you like my hair cut short or long?” and “Would you marry again if I were to die before you?” and “Do I look fat in this?” early on in our marriage, my husband had to manoeuvre his way around a couple of other challenges in order to reaffirm his love to me.  One of these things was baking a cake.   I told him I thought it appropriate for him to bake me something because I always baked for him.  Heck, I did stuff  like washing the cars, installing carpet and grouting and re-siliconing all the bathrooms and kitchen.  Wasn’t it fair that he should try at least once?

Since Stomach enjoyed pound cakes and chiffon cakes—about the only cakes he ever ate…I suggested he make a pound cake.  It was easier and didn’t necessarily require operation of heavy machinery (my KitchenAid!  don’t touch it!)

I left him with a suitable cookbook opened to the appropriate page and left him to his own devices as I kicked back and watched t.v. with a pile of cooking magazines on my lap.

How hard could baking a pound cake be after all?  Mine always turned out pretty good.

After taking the golden cake out of the oven, I nodded and sniffed and thought it quite impressive.  We allowed the cake to cool and cut a few slices to try.  It looked good, it smelled good…it tasted pretty good fresh out of the oven! wow.

Unfortunately this did not last.   The next day it wouldn’t cut easily. It was hard as a rock.

Man was it heavy.  We dubbed it a "kilogram cake" because it was a tad heftier than a pound cake.  I don’t really know what he did.  He could have gone wrong anywhere: inaccurate measuring of ingredients, overbeating/underbeating or forgetting something?    I never asked him to bake again. 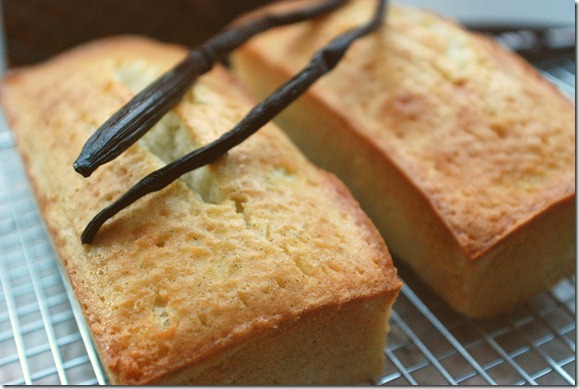 Rose Levy Beranbaum's book, Rose's Heavenly Cakes  has been speaking to me recently.  Though I have been thinking about fully frosted, multi-layered towering rich cakes primarily, I haven't mustered the caloric deficit to allow myself to bake one of the beauties.  Instead, I have been opting for frosting-less cakes that the family can share for snacks, breakfast and for eating out of hand.  And no, these weren’t like his.  These pound cakes were actually very good and in fact keep well and taste better the next day after wrapping in plastic wrap and storing in a sealed container.  I had even brushed both little cakes with a syrup to ensure moistness because I can’t stand a pound cake that is so dry that it makes you gag for a glass of water. Because this vanilla pound cake calls for TWO WHOLE PODS worth of vanilla bean seeds and vanilla extract to boot, I think you can safely say there is a definite Vanilla flavour.  I found that the vanilla seeds, which are almost like small grains of pepper flecking the cake, added a bit of unexpected crunch.  The recipe is good and I’d probably make it again but it isn’t as moist as I would have liked it.  I think perhaps next time I would double the syrup recipe and add some bourbon to the syrup too.  I didn’t do the bourbon this time because I thought my kids wouldn’t like it.

If you were wondering, I have long gotten over trying to get anyone to prove anything to me.  Eventually early on, he along with his buddy, compared notes and came up with some sort of a cheat-sheet for newly married husbands of appropriate answers ("great haircut...you're so fortunate to carry off long AND short hair", "no, that doesn't make you look fat, but I really liked the red dress because it makes you looks sexy" etc.) for all those new-wife questions...the kind of answers that don't get you in the dog house!   The funny thing is that the "right" answers don't get you in the doghouse, but they're no fun either. Besides, that's what girlfriends are for. They tell you the truth and husbands are supposed to tell you that they love you no matter what.

In the meantime, baking and eating in Vancouver is about all I can do.
You'll find the recipe in Rose Levy Beranbaum's Rose's Heavenly Cakes.

That was sweet of your husband to bake for you even thou he didn't bake before. And at leat you got to eat the cake well out of the oven ;) Yhis one looks great too, I bet the vanilla speks look cool in the slices.

Hehehe love that you made your husband bake. For it to work, even temporarily, is actually quite the miracle :) These look delicious, but with 2 whole pods, how can it not? :)

What a lovely light cake, and a lovely husband to make it too :)

I'm a newlywed, but I sure hope things don't change so much!

The cakes look delicious though!

I've never even gotten my husband to fry and egg - so even if the kilogram cake your husband made was rock solid - at least you got him to bake. WOW! The vanilla bean mini pound cakes look amazing with those little flecks of vanilla. I can imagine how much flavour there would be here.