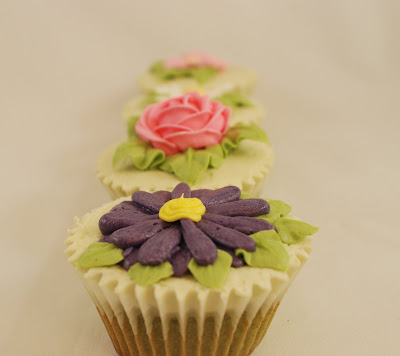 organic matcha cupcakes for mother's day: these have hunks of cream cheese filling and are topped with matcha buttercream and buttercream or icing flowers
It's high time I made some cupcakes. I've been experimenting with recipes and today I decided to make some floral cupcakes (using my tried and true Wilton techniques). Instead of relying on fakey food colouring for dying my cupcake batter, I used high grade organic matcha. Oops, that's only because it was the only kind I had at home; I don't bother drinking the icky cheap stuff because it's too bitter--kind of pricey and a bit of a waste for baking...but hey, it's mother's day. 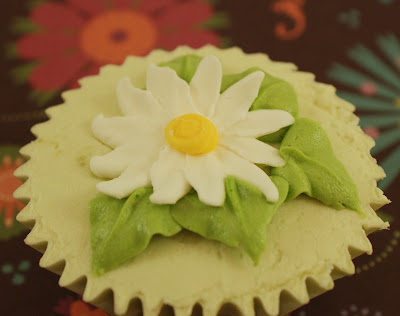 daisy: not my favourite looking flower. i think the petals suck. next time, i'll use a 140 tip 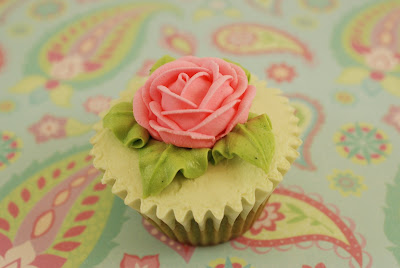 a wilton flower (okay, a reasonable facsimile of one because I fudged the number of petals) 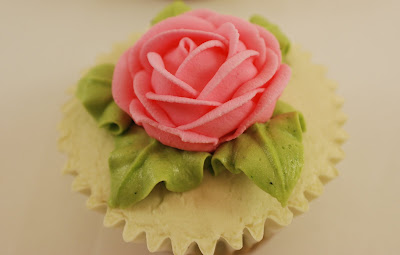 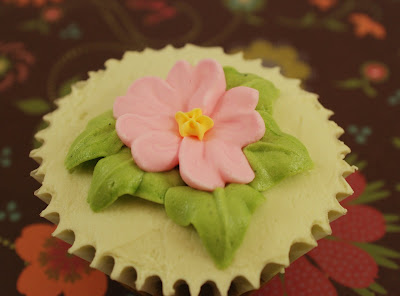 a pink wild rose. not as pretty as the wilton rose The colour of my organic matcha is way more vibrant and bright green than the cheap matcha. The surprise I hid in each cupcake is a chunk of cream cheese. I was trying to figure out how to maximize the filling in my cupcakes with the piping bag--a real pain in the you-know-what--but decided to throw in a cold cube of cream cheese instead. It was way easier than trying to pipe stuff in after baking. Besides, having tried the matcha cream cheese combination before in a brownie recipe, I was smitten. 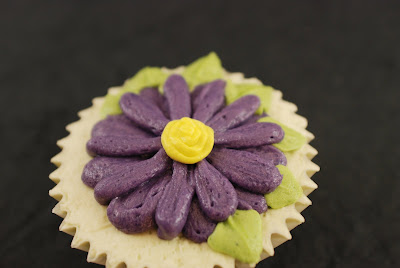 gerbera: use a Wilton#104 piping tip 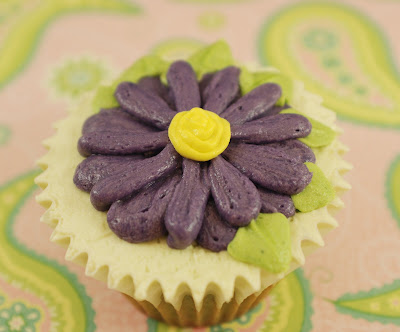 with the wide side of the tip facing away from you, pipe the petals drawing the tip towards the centre. 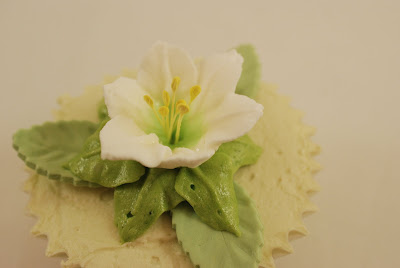 a royal icing lily: no, the stamens are not edible 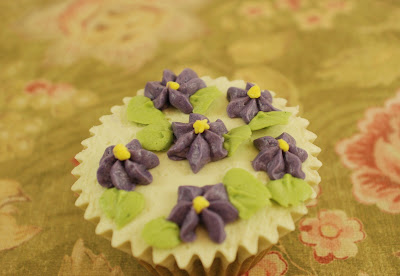 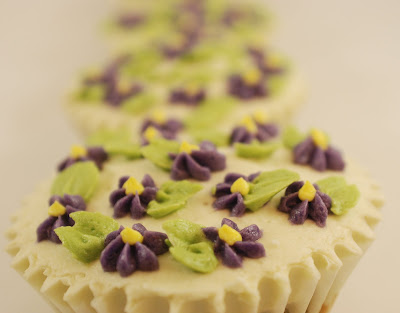 Here's my original recipe for these matcha cupcakes. Decorate with a matcha buttercream base for a grassy look and top with piped buttercream flowers.
The cupcakes stay moist because of the veggie oil. You can freeze these cupcakes (frosted) up to a month. 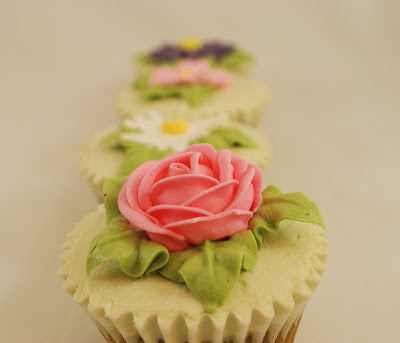 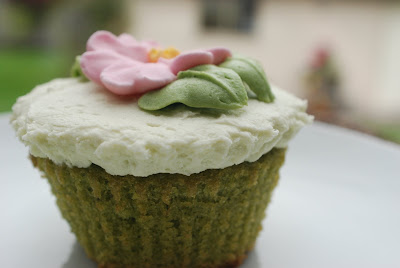 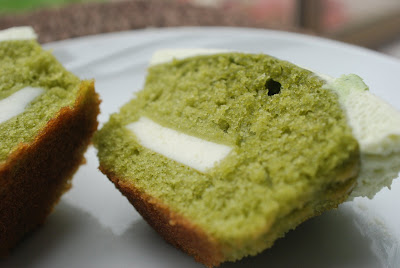 nb: You can divide your buttercream, setting aside some for the matcha flavouring and colour the rest of the buttercream for flowers. 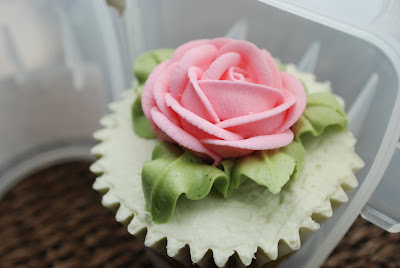 a cupcake in my favourite cupcake holder 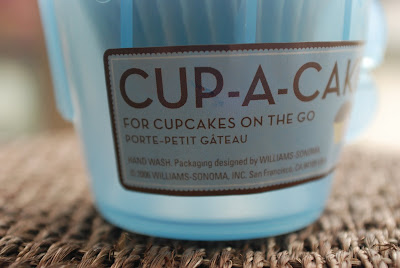 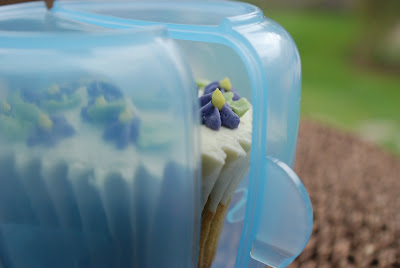 there's no danger of smushed cupcakes while you're travelling

Bring cupcakes to work in these nifty Cup-A-Cake holders. Make sure you fit the cupcake against the plastic prongs instead of simply plopping the cupcake on the base of the holder. I made that mistake initially and squished the top of the cupcake. The cupcake is supposed to "float" in mid-air, held by the prongs. I used large cupcake liners and there was plenty of room between the cupcake and the base.
I purchased these at Williams Sonoma in Vancouver. 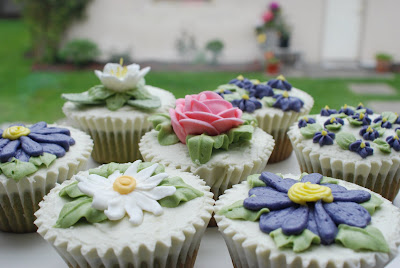 I wouldn't have imagined anything involving a pastry bag would be a pain for you after these beauties! Nice work. I've yet to try making flowers, despite my owning a few tips. I guess I haven't run into a sufficiently large quantity of buttercream L)

How lovely - Please don't tell me you made all these in one day. I have this vision of 15 pastry bags, different colours, different consistencies - what a load of work!!! but they're absolutely gorgeous.

Giz,
No way, I'm a stasher. I have a load of prepared royal icing flowers on hand. They keep quite well. I made all the buttercream flowers from the same batch: I put a bit of matcha into one batch to cover the cupcakes for a level surface and just divided the rest of the buttercream into 4 or 5 custard cups and added gel paste colouring to each. I use disposable piping bags and multiple tips too so I don't have to wash everything to switch colours.

How beautiful - you're an artist!

Oh my god, u are extremely talented and ur decoration is very beautifull.I love your selection of colours.